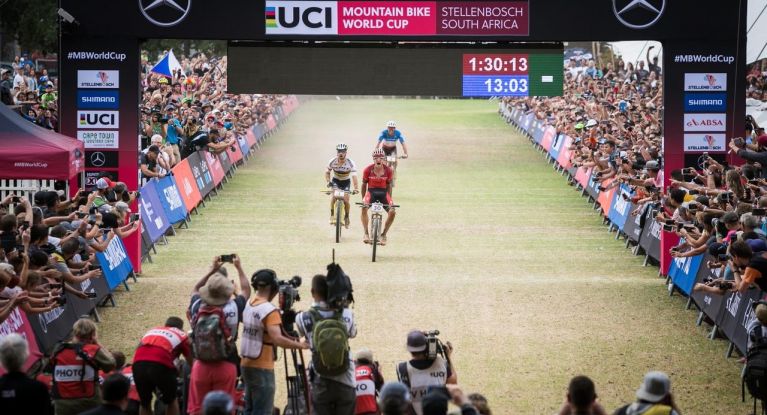 On Sunday 11th March, the cross-country (XC) mountain biking world was gifted with a spectacular day of racing. Stellenbosch, South Africa, played host to the first round of the UCI World Cup XC event. Letâ€™s take a closer look at the riders and bikes behind an Epic weekend.

On Sunday 11th March, the cross-country (XC) mountain biking world was gifted with a spectacular day of racing. It was one of those which promises to animate the uplift and post-shred pints for months to come. Stellenbosch, South Africa, played host to the first round of the UCI World Cup XC event, plotting a fast and dusty course which was a dream for riders and spectators alike. With the sun shining and adrenalin firing, the field lined up, ready and raring to kick the season off with an electric day of racing.

With world champion Nino Schurter on the start line, the smart money was on him to show the rest who was boss. However, after a seven-lap duel with Sam Gaze, Schurter was beaten in a heart-stopping sprint to the line. It was a stunning victory for the young New Zealander and his Specialized Racing team who also triumphed with Annika Langvad after a similarly played-out race-long battle.

Let’s take a closer look at the riders and bikes behind an Epic weekend.

Reigning U23 world champion, Sam Gaze, grew up in New Zealand where his first passions were for road cycling and BMX. Mountain biking was just a bit of fun until his late teens when he started winning consistently. He was rewarded with a ride at the Commonwealth Games in 2014 and clearly would not bend under the pressure. He came away with a silver medal, making it a New Zealand one-two behind Anton Cooper. Two U23 World Championship titles later and Gaze is rubbing shoulders with the riders who he idolised has a kid.

The 2018 cross-country MTB season was to start in Stellenbosch on 11th March and there was an electric suspense hanging in the dry South African air. Nino Schurter had proved unbeatable in 2017, winning all six rounds of the World Cup and his fifth rainbow jersey. As March rolled around, the MTB world looked forward to finding out if anyone could possibly break that streak. Schurter himself had picked out Sam Gaze as a possible party-pooper, alongside cyclocross legend Mathieu van der Poel and his prediction proved good as the three of them endured a seven-lap battle for the podium alongside Maxime Marotte.

Gaze and Schurter swapped places at the front of the race more times than you could count on both hands, with each demonstrating phenomenal strength. Each rider hurled blistering attacks at the other in an epic duel. But it was Gaze who had the last word, outsmarting the world champion to take victory in a furious sprint to the line.

Today was World Cup win number 5 for me! And the third year in a row I won the opener. Behind the scenes there's an entire crew working their behinds off to give us the best possible conditions to perform under. I have to honestly say that I get just as nervous before these races as if it were the first World Cup I raced. So when it all comes together and I can deliver for the team it's the best feeling in the world. I also wish I could respond to all the greetings but there are simply too many - thank you all! The target will now be set on Cape Epic where Kate Courtney and I will race eight days in a row. It's a different kind of challenge. One that I missed out on last year but am happy to be back for next week. Let's go team @iamspecialized_mtb ðŸ“· @michalcervenyphoto

2016 world champion, Annika Langvad, is a Danish mountain biker with a successful background in marathon endurance events and a keen fondness for South Africa. Langvad thrives on pushing herself through cold, hard winters of road riding in Denmark before heading to Stellenbosch for a change of scene and to fine tune her training at the end of the off-season. She has an almost unmatched record at the MTB stage race, the Absa Cape Epic, which she won three times in a row between 2014 and 2016 with her partner, Ariane Kleinhans. Only Christoph Sauser can also boast the hat trick at the infamously tough South African race.

Knowing her attraction to the terrain of South Africa, it should come as no surprise that Langvad excelled on the Stellenbosch course. For much of the race, the story was similar to that of the men’s race as Langvad, Pauline Ferrand-Prevot and Anne Tauber found themselves locked in battle. The trio swapped positions for much of the race until Langvad put in her decisive attack in the final lap, opening up a sizeable gap to cross the line solo.

Both Sam Gaze and Annika Langvad ride the S-Works Epic FSR in the XC World Cup. Not a watt is wasted in the overhauled 2018 model with unparalleled dexterity and efficiency on all terrains. With the proprietary Brain Technology and finely tuned suspension, the Epic has a cluttered trophy cabinet with more World Championship titles, Olympic medals and Cape Epic victories than it is possible to keep track of. Add to that the growing number of World Cup wins and you’ve got a mountain bike that is the envy of the pack. 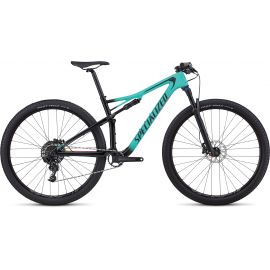 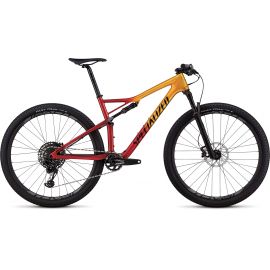 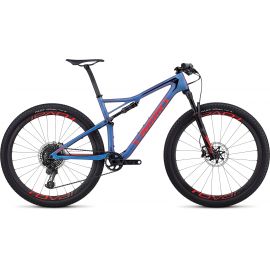 Look out for Sam Gaze and Annika Langvad upon their dazzling S-Works Epics as the season heats up. Langvad and her teammate Kate Courtney will take on the Absa Cape Epic from the 18th March and then the cross-country mountain bike World Cup will head to Novo Mesto in the Czech Republic for round 2.