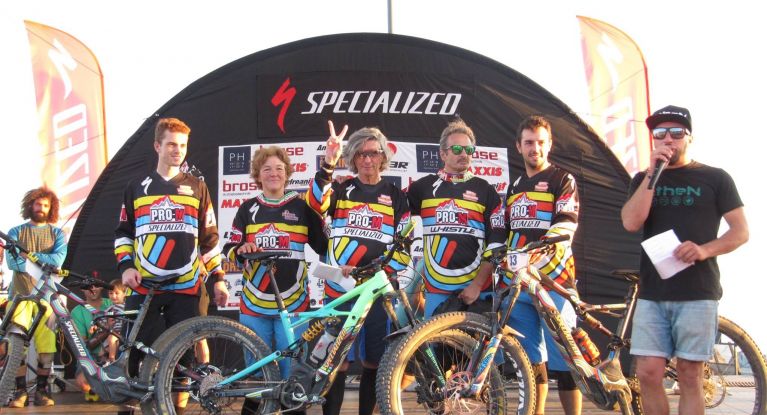 The popularity of e-bikes is growing and with it, the recognition within world racing that it's here to stay.

Italy’s sleepy, sun-bronzed Ligurian coast is home to Varazze, a port town which sits between the aquamarine Mediterranean and the rolling Apennines. Popular with tourists for its history and varied vistas, Varazze is also a name familiar to the mountain biking world. The coastal town has become a popular location for enduro racing, thanks to its proximity to forested trails and choppy terrain, not forgetting the favourable climate. The Italian Superenduro series is a frequent visitor to the area, but last month, a quite unique event held its finale on its shores.

E-bikes may be a divisive subject in the cycling industry but their use as performance machines is beginning to make the public sit up and take note. Events worldwide are popping up that promise to change the generally negative opinion of e-bikes, with professional bikers and key brands driving the change. Specialized is just one of many top bike manufacturers supporting the pedal-assisted movement, as exemplified in our involvement in this innovative new race series.

Franco Monchiero is arguably one of the fathers of enduro racing, and the founder of the Superenduro Race Series. Always looking for ways to diversify and expand his beloved discipline, Monchiero is the man behind a new enduro series exclusively for e-bikes. This is in line with the exponentially increasing demand for pedal-assist bikes and a growing number of performance models, designed for racing. The experimental E-Enduro Race Series would mirror the ordinary enduro calendar, with four races in four established locations throughout the year, with the conventional transfers and special stages also included. To the untrained eye, the E-Enduro Race Series would look like any other mountain bike event, but for the tent packed full of battery charging stations. Having already visited Sestri Levante, Massa Marittima, and Levico, the series descended upon Varazze for its finale on 15 October.

No fewer than 100 riders took the start in Varazze, including many enduro pros keen to experiment with the new bikes. As Specialized was the event sponsor, the course was littered with our red flags and banners, flickering under the Autumn sun with not a whisper of cloud in sight. Every rider would leave the start gate at pre-determined times, just as they would without an integrated motor in the frame, which incidentally, they had to remember to turn on. Apparently that part’s easier said than done!

The stages were based on routes used in non-e-bike races but with added sections to cater for the electrified nature of the competition. For instance, stages two and three featured more climbing than enduro racers might be familiar with, the former kicking off with a cruel ascent to the ridge-line above Varazze. You might assume that the riders would have an easier time of it given their additional power, but far from it. The time limits were immensely competitive and many riders struggled to make it from one stage to the next on the highly technical terrain. There were some sections on which competitors were forced to clear 25kmh if they had any hope of victory.

Ultimately, the E-Enduro Race Series is like any normal enduro event, but demanding that riders employ their pedal-assisted mountain bikes to conquer the perhaps more complex terrain. Every racer approached the event just as they might an ordinary enduro race and arrived at the finish no less tired. In fact, many were probably grateful for the 45-minute mid-stage battery recharging allowance. This year’s was the first iteration of the series, and judging by the popularity with riders, organisers and local communities, it won’t be the last.

E-bike revenue has gone through the roof this year, proving to be a major source of income for many of the biggest brands. With the general consensus gradually warming from frosty to welcoming, the popularity of performance models is catching up with the European demand for urban e-bikes.

We like to think that the purpose of the Turbo Levo range is to make you forget you’re experiencing any pedal assistance whatsoever. Packed with top-of-the-line components, the Turbo Levo range are all about performance on all terrain, not just providing that little extra boost on sharp ascents, but also allowing you the longevity to send it for longer. With a little extra battery (neatly stowed in the downtube) the juice in your legs will last that little bit longer so you can make the most of the toughest trails from dawn ‘til dusk.

This year’s model range gets an upgrade in terms of power levels thanks to a new motor and battery combo. This is paired with all the familiar connectivity and compatibility you’ve come to expect from our e-bike range with full control facilitated through our Mission Control app and Integrated Trail Display.

Whereas the Levo is all about trail riding, the Kenevo puts the focus on defying gravity. That is, this new model is based on the existing enduro frame platform putting a light weight, agile and responsive frame at the top of the list of priorities. The aluminium-framed Kenevo answers the ‘uplift’ question, putting the control and responsibility of getting to the top of your run into your own hands, with that all-important pedal-assist. With a new motor and integrated battery, the new Kenevo provides a whole 15% more power than the previous model and also features our innovative Rx Trail Tune which cleverly reads the terrain and adapts the feedback accordingly. 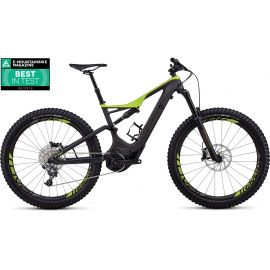 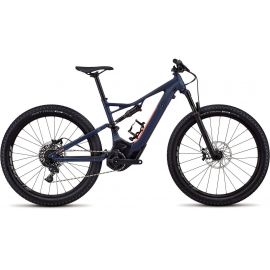 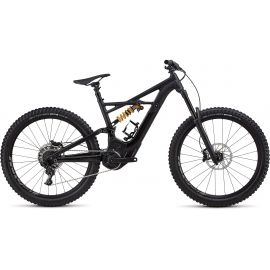 Have you ever thought about racing or hitting the trails but were afraid of not keeping up? Or are you looking to increase the fun factor of your riding by ten? A performance eMTB may just be what you need, and with a growing range on offer, there’s sure to be something to fit your preferences. Here’s to longer days of roaring through trees and tracks with even mo