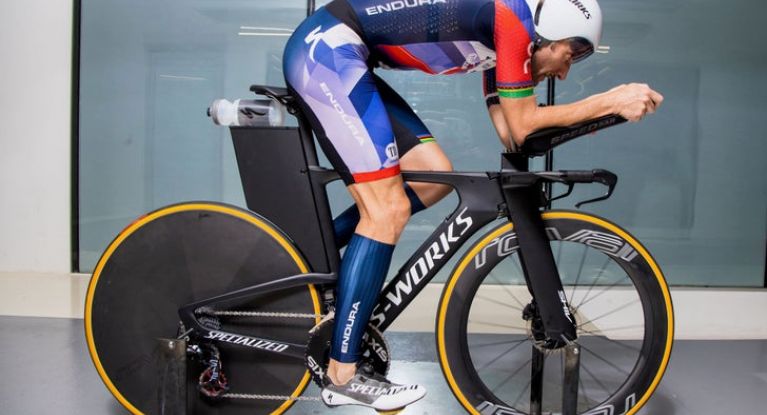 What the pros ride: Tim Don

In the mid-noughties, Don became a trailblazer in British triathlon circles, having won the ITU Triathlon World Championships in Lausanne in 2006. However, probably his most impressive feat was coming back from a serious neck break that very nearly ended his career in 2017. From the options laid out for him, Don elected to have a head brace attached to his skull by four titanium bolts, heavily restricting upper body movement to facilitate healing. He would wear it for three months, during which time he resumed training, earning himself the nickname ‘the man with the halo’. Incredibly, just six months after the injury, Tim completed the Boston Marathon in a time of 2:49:42 and then went on to win the Ironman 70.3 in Costa Rica.

A true inspiration, Don’s determination, strength and ability is something all riders can aspire to. Let’s look at the British Ironman’s bike and how you can emulate him.

A decade of Shivs for Tim Don

Tim Don started riding and racing atop a Shiv in 2011 and it’s safe to say that he’s never looked back. A decade later he can still be found training and competing on the aero bike that has always been designed specifically for triathlons. Ten years of experience and partnership with Specialized has culminated in the S-Works Shiv Disc. Don’s model features a few small personal changes, but it’s pretty much the same bike that you could ride away on from any Specialized Concept Store.

Don’s Shiv is an aero machine built from the ground up to aid him in competition. There is not a single detail overlooked, he even rides a shorter crank length so that he has a more open hip angle that will help him in the run. He has custom aero bars from Kismet and rides a Roval Rapid CLX/Roval 321 Disc rear combination to maximise aerodynamic gains and on bike stability. Meanwhile, smooth shifting is expertly handled by SRAM Red AXS x1 on a SRAM 12-speed single ring that is fit for any course Don takes on.

Ironman events push athletes to their limits, so nutrition and hydration are key. To help him with this, Don makes good use of the Shiv’s SWAT storage spaces, keeping gels in the down tube compartment - an exemplary Specialized athlete!

A Shiv for you

You too can benefit from the quality of the S-Works Shiv Disc, a bike built to help you perform at the best of your abilities in triathlons and time trials. Power, consistency and reliability are provided by the best in shifting tech – Shimano Dura-Ace Di2 or SRAM Red eTap depending on the model you pick – and hydraulic disc brakes. The Roval CLX 64 Disc wheels also assist in this regard and keep you on the straight and narrow in fierce winds. Like Don’s bike there is ample SWAT compartment space, as well as S-Works Power Cranks so that you can get that all-important ride data. 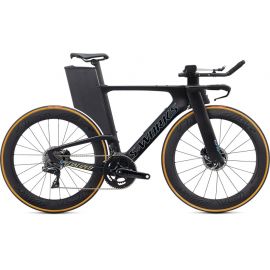 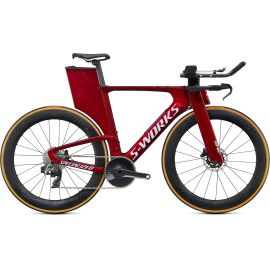 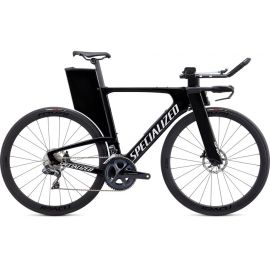 When it’s competition time, there’s only one helmet for Don and that’s the S-Works TT. Designed in collaboration with McLaren, the helmet gives a new meaning to the word speed. The patented Gill Vents pull air into the helmet and out through the exhaust port, not only optimising its aerodynamics, but also helping keep the rider cool while they're out on the course. This is ideal for a world-class athlete like Tim Don who races over great distances and often in very hot conditions. Away from competition he opts for the S-Works Evade with ANGI crash sensor that combines lightweight ventilation with aerodynamics. It’s not as aero as the S-Works TT but it’s a perfect training lid. 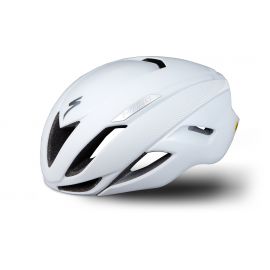 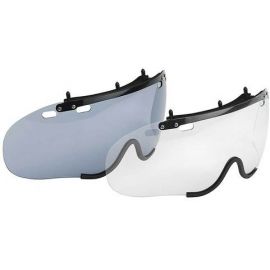 When it comes to Ironman, every second counts. One way to shave a few off is by getting yourself some lighter kit. Don, for instance, wears S-Works EXOS Road shoes. At just 150 grams, they’re the lightest Boa dial-equipped cycling shoes ever designed. The Body Geometry sole and footbed were also ergonomically designed and tested in the labs to boost power, increase efficiency, and reduce the chance of injury. For Don this is key as he doesn’t want the bike leg to negatively impact the final run. 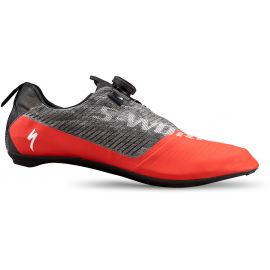 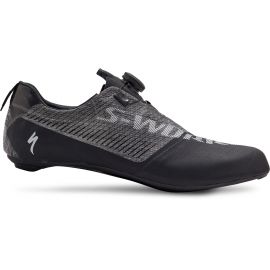 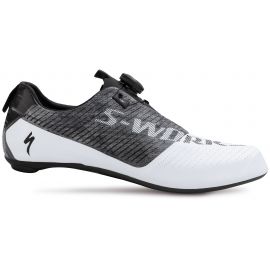 To find out more about the bikes and kit mentioned in the above article, come down to one of our stores. Search out the Shiv range and quality Specialized components, and start fighting the wind like Tim Don. Speak to one of our friendly staff members, feel which model is the best for you, and learn all about the innovations we are making at Specialized.