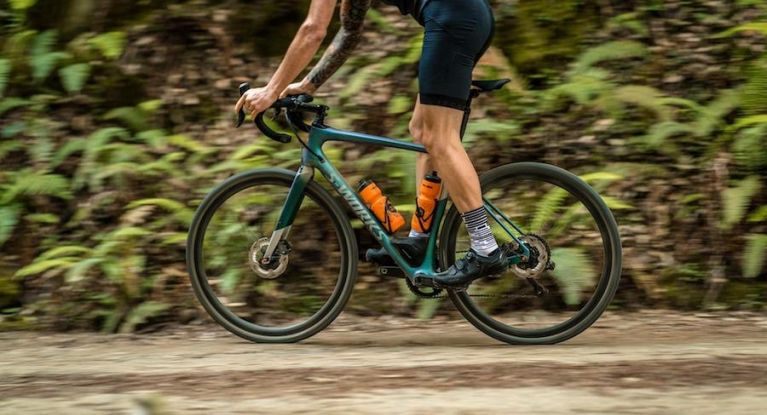 An explosion in gravel riding popularity now sees more and more races popping up worldwide, check out this year's UK events as competitors hit the road less travelled and grind it out in the grit.

Starting and finishing in front of the iconic Granada theatre in downtown Emporia, Kansas, the Dirty Kanza is an epic mass-start gravel race, founded in 2006 at a time when “gravel grinding” was only just beginning to spark in cycling’s collective conscious. Since then, its popularity has exploded. We’re going to take a look at the bikes bikes that would get you round a course like the Dirty Kanza – or UK equivalent events like Grinduro or the Dirty Reiver – and how to get started in your own “gravel grinding” efforts.

The first weekend of June saw hundreds of cyclists embark upon the Dirty Kanza’s 200-mile, unsupported, solo endurance challenge over the gravel and dirt roads of the Flint Hills region of Kansas. One of those riders was Alison Tetrick upon the 2018 S-Works Diverge. The 2017 event was Tetrick’s first bite from the apple, and unbelievably, she managed to come away with the win. Returning as reigning ‘Queen of the Kanza’ meant that she had the experience and knowledge necessary to prepare, but as she writes in her CyclingTips blog, it doesn’t make it any easier to predict the race.

The elements threw just about everything they had into the path of the Dirty Kanza riders. The day opened with a thunderstorm, delaying the start and turning the first few miles into a bit of a mud bath. The damp soon gave way to wind and by the middle of the day, a hot and sticky humidity clung to the road and riders alike.

The Dirty Kanza ultimately didn’t go Alison Tetrick’s way, but coming in third after last year’s victory demonstrates consistency, not to mention a clear affinity with a discipline she is still pretty new to. The bike that she pedalled through this year’s event was the S-Works Diverge, a gravel bike optimised for tip-top racing performance over loose surfaces, equipped with a one-by groupset, Specialized Trigger knobbly tyres and hydraulic discs. 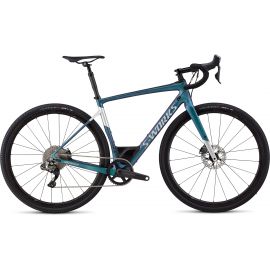 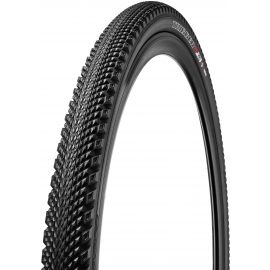 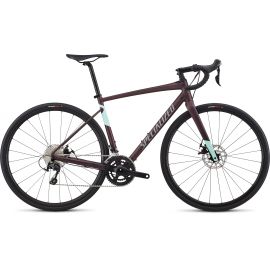 The “groad” to success

The winners of the Dirty Kanza in both the men’s and women’s categories, piloted cyclocross machines over the gravel, proving that the low-slung frames and sharp front ends typical of cyclocross bikes are a great choice for gravel grinding. The Specialized Crux is a world-topping, aggressive and agile bike with ample clearance for knobblies and disc brakes ideal for off-road terrain and inclement conditions. 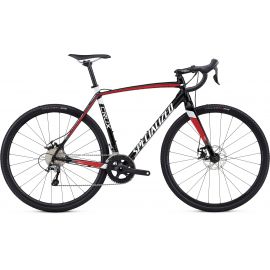 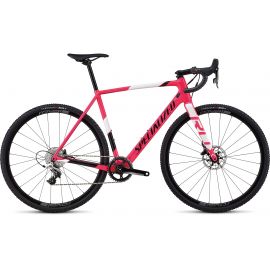 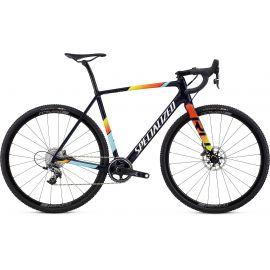 Our American friends may be leading the way in mass start gravel events but that’s not to say that there aren’t some great opportunities to grind over grit on this side of the pond:

Yorkshire True Grit, 23rd-24th June – The “ultimate off-road cycling challenge” takes participants over the North York Moors, keeping to the gritty tracks and trails, on a choice of three distances – 20, 40 and 60 miles.

Gritfest, 23rd-24th June – Gritfest is an off-road event that covers 130km of mid-Wales gravel, climbing 3400m over two days and 6 timed stages, taking on a similar format to MTB enduro events. With any luck, the weekend’s forecast will be an improvement on the organisers’ March recce.

It wasn’t quite the weather we expected for a recce in March for part of the Gritfest route, but it certainly made for an epic day! #gritfest

Grinduro, 14th July – As much about the party as it is about the race, the iconic Grinduro cycling festival takes place on Scotland’s rugged Isle of Arran, bringing together enthusiasts on all manner of off-road machines for 24 hours of wild abandon.

Gran Fonduro, 29th September – Where Gran Fondo meets Enduro. Held in the Tweed Valley in Scotland, the Bombtrack Gran Fonduro is a brand-new event organised by the team behind the TweedLove Bike Festival. With timed stages along forest tracks, sharp climbs, technical descents and everything in between, this is sure to be a ride to remember.

Ready to embark on your next great cycling adventure? Gravel grinding is the discipline that is lighting up the cycling world and before long, we’ll all be taking the road less travelled.