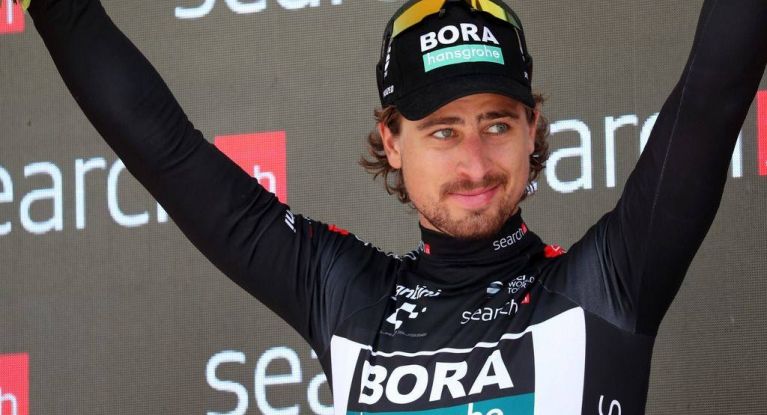 With the stage victory on day two, Sagan took a record-extending 16th stage win at the Tour de Suisse, adding yet more weight to the claims that he is â€˜the greatest riderâ€™ of our time.

Peter Sagan - Why so serious?

Despite running for 82 editions, the Tour de Suisse has never seen a more prolific winner than current world champion, Peter Sagan. With the stage victory on day two, Sagan took a record-extending 16th stage win in the race, adding yet more weight to the claims that he is ‘the greatest rider’ of our time. Move over Merckx, get lost Hinault, this is the Sagan era.

The Tour de Suisse and Peter Sagan have a unique affinity with one another. Typically one of the season’s more climb-saturated stage races, it may seem surprising that the hulk-like world champion should make the Tour de Suisse his Tour de France prequel of choice. Mountain-littered though Switzerland may be, Sagan returns year after year to add to his record-breaking tally of stage wins, building some momentum for his iconic lap of France.

Back in 2011, a young Slovak rider with just 10 pro wins to his name beat 2004 Giro d’Italia winner, Damiano Cunego, to stage 3 victory, prompting the cycling world to sit up and take notice. This was a refreshing sight: a youngster who had the panache and on-bike swagger of a seasoned pro, already exhibiting a now trademark enigmatic riding style.

Seven years later and at least one stage win in every edition since, it wasn’t long before Peter Sagan swatted away celebrated Swiss riders from the ‘most prolific’ list. His victory this year may not immediately stand out among his most thrilling, but a closer analysis of the final 500m soon underlines why Peter Sagan is heralded as ‘the greatest rider’ of our time. Ducking and diving for gaps that just weren’t there, the world champion instinctively leapt onto the wheel of Colombian speedster, Fernando Gaviria, before smoothly accelerating off his wheel with little over 75m to go.

Nice video of the sprint finish and the victory on the second stage of the @tourdesuisse_official. It's all a result of the great teamwork during the day! @boracookingsystems @hansgrohe @iamspecialized @Sportful @ride100percent

Post-stage, Sagan remarked, “every victory is special, it is already special as it is at the Tour de Suisse – now we can focus on the race in a different way, it’s good for the team but more important things are coming.” Here, the happy-go-lucky world champion who has ‘why so serious?’ tattooed on his side, turns sharply from jubilant to sincere, looking forward to the more important races ahead…

It is perhaps hardly surprising that Peter Sagan managed to take his maiden Tour de France stage victory in his very first appearance at the race. He did so by accelerating past Edvald Boasson Hagen before going toe-to-toe with race leader Fabian Cancellara, the 22-year-old Sagan raising his arms as the cycling world raised their eyebrows once again. The stage win marked the start of his first assault on the Tour’s prestigious green jersey, a classification that Sagan would go on to win five times in a row.

2017 and the controversial crash with Cav saw the end of his historic streak, and despite vowing never to return to the Tour in the immediate aftermath of the decision, Sagan will head to Frane again this year. Joining the world champion as he goes on the hunt for redemption are a whole host of other big-name sprinters, including Marcel Kittel, Mark Cavendish, Fernando Gaviria, Dylan Groenewegen, and defending champion Michael Matthews.

With the opening stage of the 2018 Tour de France set to be taken out by one of the fast men, the world will be watching to see if Sagan can return to his dominant ways after last year’s bad luck, scooping up both yellow and green before defending the latter all the way to Paris.

The world champion and cycling’s most loved superstar is naturally bestowed with only the best of kit. Indeed, Specialized has been working alongside Sagan for the past four seasons to develop all sorts of existing equipment, as well as using his feedback to manufacture totally new designs.

In his quest for the green jersey, Sagan will ride the brand new, super slick, air-slicing S-Works Venge ViAS (probably disc), a bike born in the aptly-named ‘win tunnel’. Eagle-eyed fans and reporters spotted this new iteration of the highly successful Venge at the Criterium du Dauphiné, noticing a slimmer frame that looks less like a heavily engineered weapon and more like a slightly pointier Tarmac. With a couple of wins already under its belt, the new Venge – keep your eyes peeled for more details, coming soon – has a powerful pedigree that has been tried and tested across some of the world’s biggest races, notably claiming seven stage victories and the points classification via Sam Bennett and Elia Viviani at the recent Giro d’Italia.

Complete with Di2 for seamless, electronic shifting, disc brakes for superior stopping power and fast-rolling carbon Roval wheels, the Venge ViAS is made for raw, unmitigated speed. What’s more with his new custom S-Works 7 shoes, Sagan will have a rigid connection between body and bike, the Dyneema material on the shoe ensuring that there is no stretch and no wasted foot movement, so every last watt goes into the pedals. 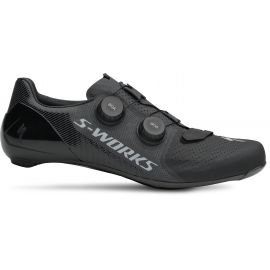 On the hillier stages where Sagan will be out hunting for intermediate sprint points, he will ride the more versatile S-Works Tarmac. Using FACT 12r carbon, the 2018 model makes a 20% reduction in frame weight compared to last year’s variant, all without compromising on stiffness and responsiveness. The frame also underwent an aero makeover, dropping the seat stays, changing the fork shape and adding a D-shaped seatpost. Bringing even more aero to Sagan’s quest for green will be the new S-Works Evade road helmet, a design that has benefited from lengthy win tunnel-testing to make it the fastest helmet possible. 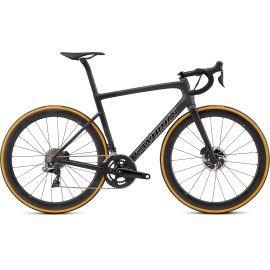 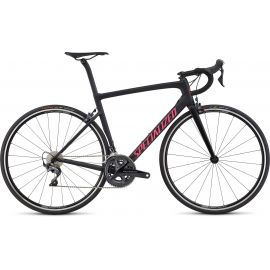 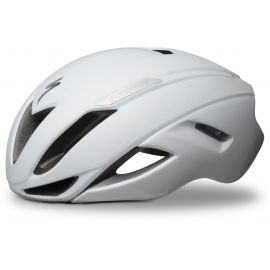 With the Tour de France soon to peek its head over the horizon, we’ve not got long to wait for the flamboyant exhibitions of sheer power that we’ve come to expect from our world champion. Will he win his sixth green jersey?