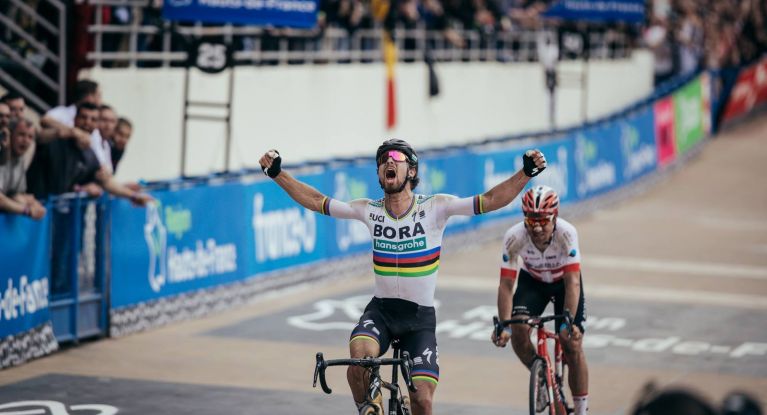 With Peter Saganâ€™s historic victory at Paris-Roubaix on Sunday, the cycling world turns the page over to the next chapter of the calendar.

Specialized: the Kings of Spring

With Peter Sagan’s historic victory at Paris-Roubaix on Sunday, the cycling world turns the page over to the next chapter of the calendar, but not before celebrating the cobbled classics. For Specialized, it has been a phenomenal spring so far with Quick-Step Floors in particular showing immense strength in depth to win race after race with several different riders.

Together with Bora-Hansgrohe, our sponsored teams have pulled out a sizeable lead in the unofficial best bike brand competition for 2018 (men’s) and have taken nearly every single cobbled classic for themselves. Let’s take a look at where it all went right for Specialized.

Specialized have almost double the number of wins over second-placed bike brand, that’s in all race wins including general classification. Indeed, if there were a ranking of one-day wins per bike brand, Specialized would surely come way ahead of the runners-up. Add the Women’s WorldTour into the mix and it gets even better thanks to Anna van der Breggen, Amy Pieters and co. of Boels-Dolmans Cycling Team.

It’s hard to keep up with the palmarès of Quick-Step Floors, a 28-strong squad of phenomenal talents. As it stands, the Belgian super team has already amassed 25 wins this season (according to ProCyclingStats). But what’s really impressive is that those wins have been collected by eleven different riders, including two first-year neo-pros.

Bora-Hansgrohe is a different sort of team. Where Quick-Step Floors has somehow managed to harness the elusive magical formula for winning every-bloody-thing, the German-registered Bora team is built on a more conventional model of dedicated leadership. At the figurehead is world champion Peter Sagan, who has delivered three out of their five 2018 wins, for the one-day races with Rafal Majka for the mountains. I don’t mean to say that the rest of the team is not capable of scooping their own wins, but the young team – this is only their second year at WorldTour level – is just not bursting with one-day superstars in the same way as Quick-Step. It’s a shame almost that they are necessarily compared to their Belgian counterparts, but it’s a long season and you can bet that the turquoise livery – and/or rainbow stripes – will shine from the top step of many a podium by year’s end.

It seems almost like any seven riders picked from the Quick-Step Floors lucky dip would add up to a formidable force at any classic. With Philippe Gilbert, Zdenek Stybar and Yves Lampaert also in the core classics squad, Niki Terpstra was just one of many who could have led the team to victory, but this has certainly been his spring. In fact, it’s probably been the best of his career thus far, with three European wins by Paris-Roubaix weekend. No stranger to Monument success having taken a surprise solo victory at Paris-Roubaix in 2014, Terpstra maintained the momentum of his earlier victories to storm to a convincing win at the Tour of Flanders, then finished his cobbled classics campaign with an impressive third place at the Hell of the North a week later.

Peter Sagan found himself in a war of words after the Tour of Flanders as he and his team lamented the lack of engagement of other teams up against a dominant Quick-Step Floors. People close to him were saying that it is harder and harder for the world champion to win because of his huge stature on the one-day scene. However, come Sunday 8 April and the biggest one-day race of the year, Sagan silenced the doubters by taking an emphatic victory at the race everyone has been waiting for him to win. Some would say that he caught the favourites group napping when he launched off the front with over 50km to go, leaving them in his dust. Foolishly, not a single rider responded – a mistake they will not repeat in a hurry! – and they never saw him again. Way to go, Peter!

Now for the most important thing: the bikes. It’s often said that cycling is becoming more and more like Formula 1 as setup decisions become almost as important as the pre-race breakfast. For the vast majority of the race wins scooped by Specialized riders thus far, the frame of choice has been the S-Works Tarmac, but Sunday saw the first win for the new Roubaix at the race it was made for.

The world champion was riding a brand new Sagan Collection S-Works Roubaix with rim brakes, Roval mid-section wheels and S-Works Turbo tyres. Niki Terpstra was curious to find out how the champion’s setup might have differed from his own after soloing into the velodrome for third place, as you can see in this fantastic photo.

This marks a historic landmark for the Future Shock suspension system in the innovative Roubaix and Ruby frames. The improved vertical compliance afforded by the spring in the head tube means that significant bumps like cobbles are softened through the handlebars rather than the more traditional method of axial flex front to back, which would essentially mess with the wheelbase and compromise the handling and stiffness of the frame. The Roubaix has always carried the “smoother is faster” ethos and now it is plain for all the world to see. 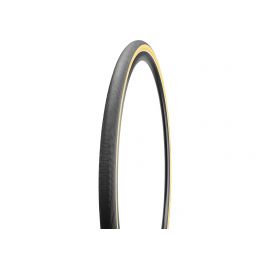 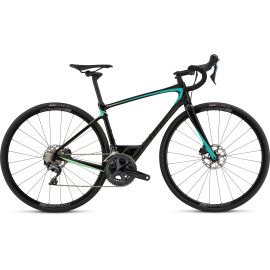 We think you’ll agree that it’s been a pretty epic start to the 2018 season for the Specialized camp, and there’s so much more to come. The Ardennes Classics begin this weekend and we’ll be looking out for the boys in blue once again. Peter Sagan is even going to try his luck on the bergs of the unpleasantly lumpy Ardennes. We’ll also be keeping an eye on Anna van der Breggen and her teammates at these races where she won a famous hat trick last year. The excitement and momentum are building, and something tells us this is going to be a big year for Specialized owners everywhere!