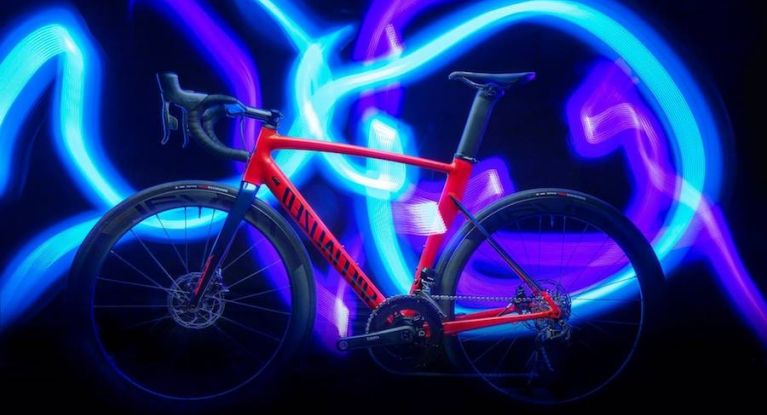 You may recognise the Specialized Allez Sprint as the aluminium racer that the Hagens Berman Axeon team rode to much success throughout the early 2018 road season, Well, now it has a new iteration, the Allez Sprint Comp Disc, upgrading the stunning alloy racer with superb stopping power and all-weather versatility.

You may recognise the Specialized Allez Sprint as the aluminium racer that the Hagens Berman Axeon team rode to much success throughout the early 2018 road season, carving a new name for the sturdy frame material and defying the belief that ‘aluminium is dead’. Well, now it has a new iteration, the Allez Sprint Comp Disc, upgrading the stunning alloy racer with superb stopping power and all-weather versatility.

Turns out you can teach an old dog new tricks

The Allez has featured in our road range for decades, occupying all the positions from our top-end steel bike, to a robust and reasonably-priced aluminium model. However, with the arrival of carbon fibre, and our super-speedy Tarmac, the Allez’s top spot in our range was soon usurped. You can never keep a good bike down though, and the Allez soon made its heroic return – an old dog with a whole host of new tricks.

A post shared by Specialized Bicycle Components (@iamspecialized) on Aug 16, 2018 at 9:10am PDT

At the heart of the Allez Sprint’s frameset is our ground-breaking D’Aluisio Smartweld Technology which that strategically places more welding material where it is needed and away from the areas of greatest strain –the headtube, for example. This removes the classic limitations associated with conventional aluminium manufacturing, resulting in a bike that’s significantly more compliant, while also considerably stiffer than ever before.

Taking design cues from our Tarmac, the Allez Sprint’s down tube, bottom bracket shell and head tube are all Rider-First EngineeredTM, ensuring that every size is treated to the same, sublime performance. We also shortened the chainstays to make it even stiffer and give it a more rigid rear triangle.

It’s not all about stiffness with the Allez however, we’ve taken just as much care honing the aerodynamics of this aluminium pocket-rocket. The heavily hydroformed tube shapes draw on those from our Tarmac and Venge models, leaving no trailing edge unchecked in an attempt to make this frame one of the cleanest at slicing through the wind.

Adding disc brakes to the Allez was the next logical step in its evolution. A Shimano 105 groupset complete with hydraulic disc brakes provides the Allez Sprint Comp with super-reliable and crisp shifting, as well as incredibly responsive stopping power. Hydraulic discs trump their mechanical cousins in just about every way.

To finish off the Allez Sprint Comp build, we’ve equipped a pair of DT R470 Disc alloy wheels and a Body Geometry Toupé saddle. This is by all means, an aluminium racer, and not once does it try to hide it. It does, however, make you quickly forget all the hype around carbon fibre.

Aluminium’s return to the pro ranks

We’ve sponsored the Hagens Berman Axeon team since 2016, providing the riders with our top-end, carbon fibre Tarmacs for two seasons. That was until 2018 however, this season saw us adopt a slightly different approach.

Part of our big European campaign at the beginning of the season, @roliveira57 & @zekemostov finished 6th and 20th at Arno Wallaard, the 184 km one day race in the Netherlands. #PROVEIT #throwback (ðŸ“·: @joycejason)

Many riders and staff will have undoubtedly raised their eyebrows when we presented them with a bike made from the ‘dated’ material that is aluminium. All their suspicions were soon appeased when the team descended upon Southern California for their winter training camp, ragging the Allez across wind-swept coastlines and up steep canyon passes.

Since that first test ride, Hagens Berman Axeon have gone on to taste much success while piloting this aluminium speedster. In the first three months of the 2018 season alone, the team took a win at the Dorpenomloop Rucphen, a top-10 at the hotly contested Handzame Classic, third at the Driedaagse de Panne and an agonising second place on stage 3 of the 2018 Tour of California, the team’s home race. The next three months saw yet more sparkling success, largely thanks to their young Belgian sprinter – Jasper Philipsen – a man now enamoured with aluminium and the Allez Sprint’s unparalleled stiffness.

The team now look to the season ahead, eager to christen a disc variant of their beloved Allez Sprint. If, like them, you’re blown away by the revival of aluminium and this super-speedy, disc-equipped Allez Sprint Comp, then make sure to contact one of our stores for details about its impending arrival.