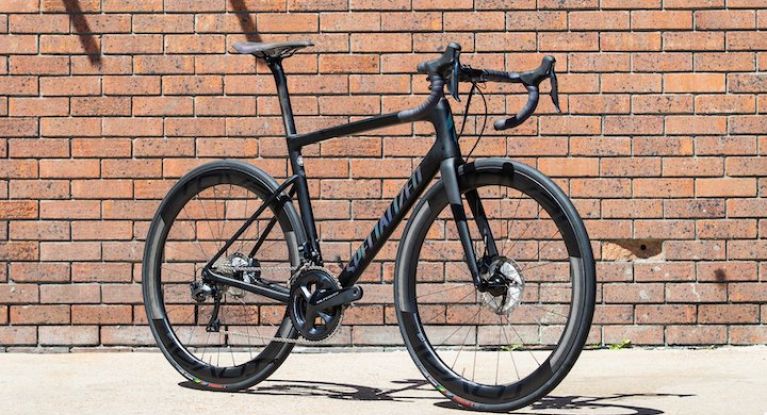 For 17 years the Tarmac has been our designated ‘do-it-all’ road racing bike, able to crush it on both the climbs and on the flat. It has won a countless number of stages at all three Grand Tours and even managed to scalp major Monument victories across both the men’s and women’s racing calendars. But what is it that makes the Tarmac so unique? How did it become such a dominant and consistent winning machine? Let’s find out…

The Tarmac – then and now

For 17 years the Tarmac has been our designated ‘do-it-all’ road racing bike, able to crush it on both the climbs and on the flat. It has won a countless number of stages at all three Grand Tours and even managed to scalp major Monument victories across both the men’s and women’s racing calendars.

A post shared by Specialized Bicycle Components (@iamspecialized) on Jun 7, 2018 at 5:21am PDT

But what is it that makes the Tarmac so unique? How did it become such a dominant and consistent winning machine? Let’s find out…

Back in 2003, we premiered a bike called the Tarmac E5 – our very first iteration of the now much-loved and world-renowned Tarmac. This machine was half carbon, half aluminium, a Frankenstein’s monster of a bike, if you will. We tried to combine the stiffness of aluminium with the weight saving and compliance of carbon in an attempt to build the ultimate race bike, for its time.

What we were left with was something a little different. Yes, it was a breakthrough bike and really set the ball rolling for our venture into full-carbon frames, but boy was it harsh to ride, by modern standards at least. Due to the stiff aluminium backbone, all of the road chatter from below was directed right into the hands and arms of the rider up top, making for a bumpy and uncomfortable ride.

This is something that we wanted to rectify straight away, and with our next model of the Tarmac in 2006, we did just that. The Tarmac SL1 was our first, full-carbon Tarmac and, in many ways, a blank canvas that we could begin to channel our pioneering and game-changing design ideas into. With the help of none other than Belgian strongman, Tom Boonen, and after countless tests at our Morgan Hill headquarters in California, we re-designed the Tarmac SL1 and created the SL2 – the first Tarmac that was both comfortable to ride and formidable to race.

You could hop on a Tarmac SL2 right now and it wouldn’t feel too different to the top-end carbon bikes of today. Granted, it’s not as light, stiff or aero as today’s Tarmac, but it was the bike that really changed the name of the cycling game-winning races under both Grand Tour riders and Classics specialists. 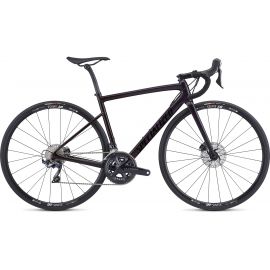 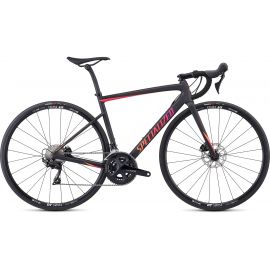 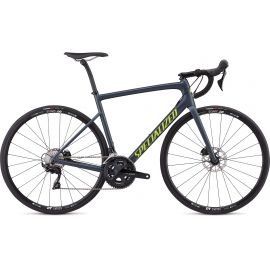 Across the many years and Tarmac models that followed the SL2, we’ve rolled out a number of different design features, all attempting to fine-tune the Tarmac and make it the fastest, lightest and most aerodynamic race bike out there.

Some of our ideas have been a little more successful than others, but perhaps the best and most revolutionary was our Rider First initiative, an idea we debuted back in 2012. We noticed that not all of our bikes were delivering the same, sublime ride quality for every rider – different sized riders often experiencing inconsistent ride experiences due to the varying stiffness characteristics across a range of frame sizes.

To counteract this, we dialled in the geometry for each frame size specifically, building each one around a size-specific stiffness target. Tuning each size individually meant that every rider, no matter what size of bike they chose, would receive a machine with incredible and unparalleled levels of stiffness.

It didn’t stop with Rider First Engineering, oh no – after 2012 the Tarmac just continued to get better and better, all while continuing to score massive victories in both the men’s and women’s WorldTour. In 2015 we added disc brakes to the Tarmac, giving those riders that needed or wanted it the option for superior and more reliable stopping power.

We also radically redesigned the frame in 2015, bringing in a more aero down tube and a straighter top tube, as well as a beefier layup for the disc models. This new frame design dramatically improved the handling and responsiveness of the Tarmac, without sacrificing stiffness or adding any extra weight.

Just last year we changed up the Tarmac’s frame yet again in a quest to make it as aero as physically possible. After countless Win Tunnel tests and a few bodge jobs testing different prototypes, we developed a new Tarmac that was even more aero than the first-generation Venge – our designated aero bike. This new Tarmac was, and still is, the most complete race bike we’ve ever built. 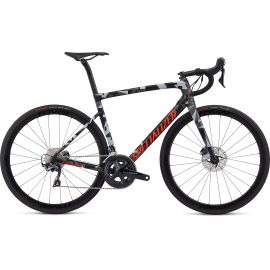 The Tarmac of today

Our quest for absolute perfection is never-ending and even after 17 years we’re still channelling the same amount of effort into fine-tuning our Tarmac as we did way back in 2003.

This year we’ve been focussing on a ‘one bike for all’ concept, doing away with our gender-specific models and opting for a much more individualised approach: one stock build, with the option to swap out and tailor the touch points to suit your own unique riding style.

A post shared by Specialized Bicycle Components (@iamspecialized) on May 28, 2019 at 5:28pm PDT

Make sure you look out for this new ‘one bike for all’ concept across our site, it’s coming very soon! 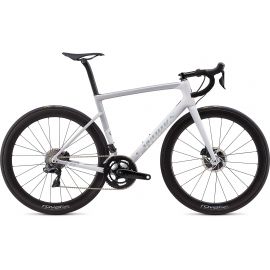 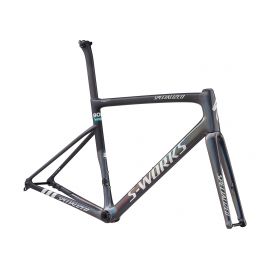 The Tarmac is the most complete, all-round road racing bike we’ve ever created. Do you fancy getting your hands on one, or perhaps want to take one for a test ride? Then head down to one of our stores, our friendly team will be more than happy to help!