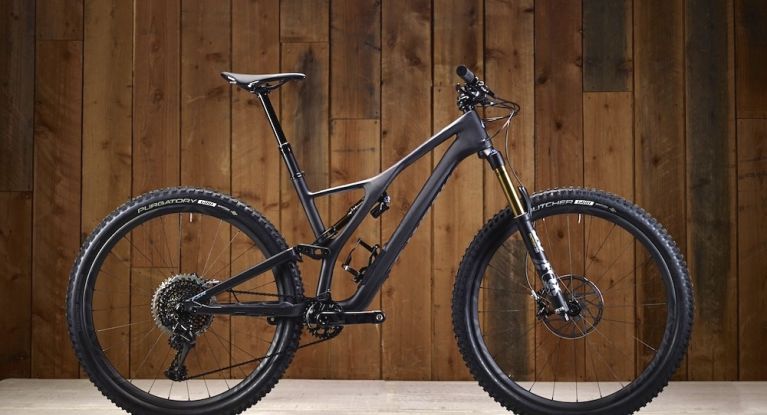 The new Stumpjumper is here! Through some engineering wizardry and design overhaul, the new model is the ultimate trail bike.

Everything you need to know about the new Specialized Stumpjumper

The new Stumpjumper is here! Through some engineering wizardry and design overhaul, the new model is the ultimate trail bike. Seriously, this thing rides like it’s on rails. Ultimately, we’ve set the new benchmark in trail bikes and we’re pretty darned stoked about it.

The Stumpjumper is known for being a versatile mountain bike, but we wanted to take it to the next level, and so this new range comes in three versions: the regular Stumpjumper, which is fast and planted; the Short Travel (ST), which is snappy and nimble; and the EVO is back in all its slacked-out glory. Now every kind of rider can get hold of the perfect bike.

There’s only one way to get an accurate impression of a frame and that’s on the trails. Every working model of the new Stumpjumper was sent out into the wild to test stiffness and responsiveness, with a particular focus on its descending performance. After every test ride, the frame would be adjusted according to rider feedback, tested for stiffness, and handed back to the rider. This fine-tuning process was repeated over and over again until we were satisfied. The result is a bike that feels like it is riding on rails. Point it where you want to go, and you’ll find yourself there in no time.

The new structure of the frame came about as a result of a desire to lighten and stiffen up the frame, of course without compromising efficiency. The new design connects all three mounting points of the rear-end shock to the frame, meaning that there is a significant increase in stiffness and performance even on the gnarliest lumps and bumps. Essentially, any frame flex has been minimised when the suspension is active. The wonders of CAD allowed our engineers to put a 3D model of the new Stumpjumper up against the last iteration of the frame and prove, via Finite Element Analysis (FEA), that the new design is a whopping 20% more efficient. All the while, producing one of the lightest frames money can buy.

It is also the first trail bike that has been given the full Rider-First Engineered treatment, meaning that every size of the frame is optimised for performance on the trail with no compromise according to dimensions. That is, smaller frames will not be stiffer than their larger counterparts and nor will responsiveness be affected.

After two decades of FSR, we’re still refining the design. Bike suspension is ultimately a marriage between frame kinematics and the shock, so naturally, our frame designers and dedicated Suspension Team (lead by the wizard that is Mike McAndrews) worked together from the very beginning to ensure the best outcome. The result is a bike that is nimble and supple over small bumps but still has a firm mid-stoke and exceptional bottom-out support. It is this suspension feature that we believe makes it the ultimate trail bike.

Rx Tune is the brainchild of our in-house Suspension Team and has been a staple in the Specialized fleet for a fair while now. This nifty little device ensures that the relationship between the shock and the bike is perfect, keeping it in the sweet spot, landing it plum in the middle of the adjustment spectrum so that everyone can fine-tune their suspension to suit their riding. And the Women’s Rx Tune does exactly the same thing, only operating at a lower pressure to account for typically lighter women’s bodies.

Our Flip Chip is a unique feature which allows you to alter the frame’s geometry with ease. By flipping the chip, you change between two settings, high and low, effectively changing the bottom bracket height by 6mm and head tube angle by half a degree. Versatile, as ever!

We know our engineers have made the best mountain bike to have left the Specialized production line and we’ve decided that we don’t want to dilute that by forcing proprietary components onto our customers. With the new Stumpjumper, all the configurations use standard stroke and eye-to-eye metric shocks, so you can swap shocks to your heart’s content. The PF30 bottom bracket is also history. We’ve gone back to a threaded BB system and ensured the frame can fit up to 3” tyres, so the new Stumpjumper is more adjustable and customisable than ever.

It’s all in the details

Internal cable routing gets an upgrade with the new Stumpjumper, now easier than ever with full tubes running throughout the carbon frame. All you have to do is push the cable and it’ll pop out the other end. We’re sure this will be music to everyone’s ears – particularly your long-suffering local bike mechanic!

The new Stumpjumper gets a new chainstay protector that is virtually silent, making chain slap a thing of the past. You’ll see that there are little lumps on the protector which work to disrupt the slap and reduce the overall sound of the chain.

The new frame does, of course, incorporate our SWAT™ Down Tube Storage, only in this iteration we’ve managed to make it even more aesthetically minimal and light, while also adding 20% more volume.

What the world is saying

Riding the Stumpjumper on the technical and muddy trails of Ainsa in north Spain, Jack Luke of BikeRadar, remarked: “The mix of a super-stiff carbon chassis, great suspension performance, nimble handling and very capable 2.6in tyres makes for an incredibly fun yet capable ride that encourages you to hit truly reckless lines.”

Will Barrett over at Singletrack described our new range as “rather snazzy”, and after spending some time with the regular Stumpjumper Expert Carbon 29, he praised its connection with the trail: “It doesn’t feel big, but it motors along at pace over rough terrain with a tonne of stability” and had this to say about the FSR, “To sum up the rear suspension performance, it just does what it’s meant to without you really having to think about it.” Job done! 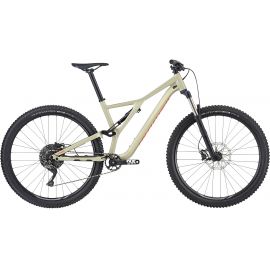 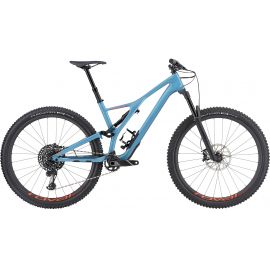 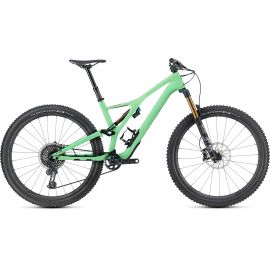 The new Stumpjumper range starts at £1,700 with a tricked-out alloy frame and moves up through the ranks that include short-travel and regular Stumpjumper – EVO coming soon – right up to the S-Works at £8,000. You can be sure there’s something there for everyone in a versatile and rider-friendly package that will take some beating.