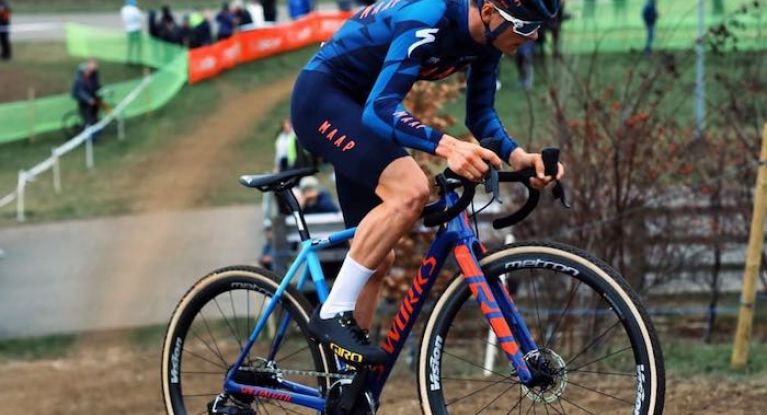 The cyclocross world descends on the Danish seaside town of Bogense this weekend, and as always, Specialized will be at the pointy end and we'll be cheering on the guys on their CruX racing machines.

Specialized at the Cyclocross World Championships

The cyclocross world descends on the Danish seaside town of Bogense this weekend and it’s sure to be an electrifying few days of racing. The course, right beside the marina, is fast and technical, with a number of very steep sections, and being exposed to the sea it’s possible we’ll see winds playing a role in the race. As always, Specialized will be at the pointy end and we’ll be cheering on the guys on their CruX racing machines.

Newly crowned elite national champion, Tom Pidcock, leads the charge for the men in the under-23 category, supported by TP Racing teammate, Dan Tulett. Tom has had a stellar few years on both road and in cyclocross, and he absolutely destroyed the rest of the field in the 2019 UK National Cyclo-Cross Championships, held in Kent earlier in January. Taking the lead on the second lap, he rode away from the rest of the field, leaving him enough time for a suitably under-stated celebration at the finish line, surfing his Specialized CruX to victory.

Yorkshire-born Tom announced himself with two astounding performances in 2017: winning both the junior UCI Cyclo-cross and Individual Time Trial World Championships. Victory in the former led to the Belgian media dubbing him the “mini-Sagan”. 2018 saw him ride a full summer with the Wiggins road team, but rather than take time off, he’s set up his own team for the current cyclocross season. He’s well placed for a good result, winning the under-23 men’s race on the Bogense course last year.

TP Racing teammate, Dan Tulett, will be part of Tom’s support team. Another powerful rider, Dan finished second behind Pidcock in that 2017 World Championships – in fact part of a remarkable GB 1-2-3 with Ben Turner taking the bronze. Riding his Specialized that day, he spoke to VeloUK.net afterwards: “I didn’t change the set-up of my bike other than using some very soft brake pads for the best braking performance, as well as a slightly harder than usual tyre pressure to race on. During the race, my bike worked faultlessly.”

In the women’s category, Nikki Brammeier will spearhead the team in the elite race. Taking the UK title at January’s national championships, Nikki has been paying visits to the podium all season. One of those strange cyclocross types that love it when it’s muddy, Nikki will be hoping the weather warms up a little and the snows melt before her race on Saturday afternoon. The nationals offered good practice though, being cold and dry, possibly more what we’re expecting in Denmark this weekend.

This is cross, have I mentioned I love mud? - SUPER fun out there today and happy to be in the mix fighting for that podium, dam, so close. A few silly mistakes in the last half lap but that’s racing and that’s learning, 5th place finish and fire in my belly ready for those World Championships @cyclephotos • @iamspecialized @kask_cycling @sramroad @defeet @secrettrainingcc

At Specialized, we’re not content with producing a bike that can just handle a cyclocross race – the CruX is designed to dominate. The 2019 CruX E5 Sport is the ideal bike to get you out there and into the wonderful world of cyclocross. A durable E5 Premium aluminium frame and FACT carbon fork is light, rugged and responsive. Hydraulic disc brakes, SRAM Apex 1X drivetrain, sturdy Axis wheels and 33mm tyres add up to a nippy machine, perfect if you’re just getting into cyclocross or exploring the road less travelled. 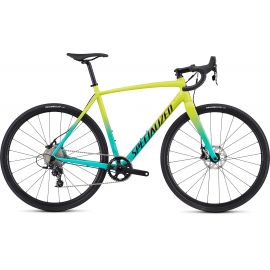 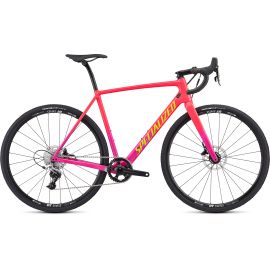 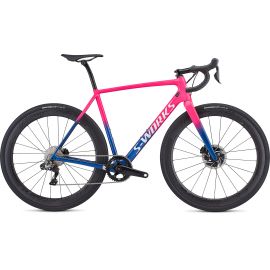 The CruX Elite takes you to the next level, with a FACT 11r carbon frame keeping weight to a minimum – the 56cm frame weighs a feathery 900 grams. Whether you ride a 50cm frame or a 62cm one, our Rider First Engineered treatment means the CruX will perform in exactly the same way. With frame size-specific carbon tubing and layups, this bike is designed with confident handling and impressive top speed.

These races are won just as much in the flat out sprint from the start line, in the corners and off-camber sections and in the running sections as they are in the dash for the chequered flag. The CruX top tube has a flat underside and along with a large front triangle, this makes shouldering the bike more comfortable as you tackle obstacles and run up the steep sections. We’ve improved stability and handling with a low bottom bracket and a razor-sharp front end that helps you blast the corners.

Even with a 33mm wide tyre, there are eight millimetres of clearance on all sides – no problems for Nikki should the mud appear. Muck slows you down and the CruX sheds it as fast as it sticks. The only part of the bike designed to slow you down is the braking – hydraulic brakes for pro-level performance and modulation.

All Specialized cyclocross bikes come with 1x drivetrains, doing away with the front mech while having a larger gear range on the rear cassette. This means there is one less thing to worry about when changing gear and one less thing to get clogged with mud – not to mention a reduced number of moving parts that can go wrong in the heat of the action.

With our incredible range-topping S-Works CruX, we’ve built a cyclocross rig that really flies in all conditions – it’s no wonder it’s taken Tom Pidcock to victory in the under-23 men’s 2018/19 UCI Cyclocross World Cup series. We can’t wait to see him fly under the Danish skies this weekend.