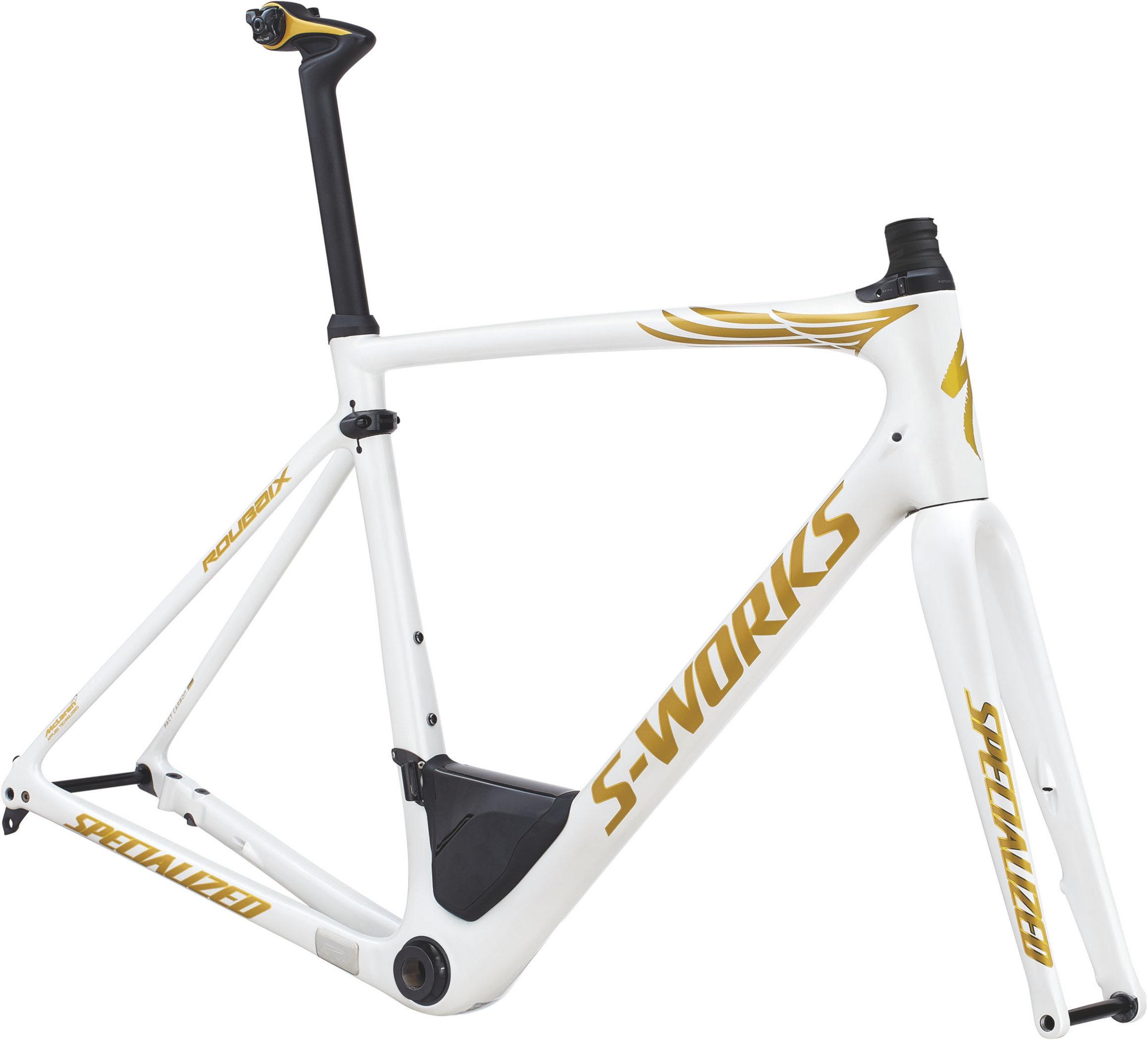 We've been saying it for years—smoother is faster. But with the all-new S-Works Roubaix Boonen Frameset, this philosophy is taken to new, remarkable heights. Not only do you get the lightest frame and smoothest ride that we've ever developed, but with this limited-edition frameset, you can now tackle rough roads by channeling your inner Boonen with its limited edition paint job. The design includes four wing-tip feathers that represent his four Paris-Roubaix victories, along with guardian wings that will hopefully carry him safely carry to a fifth win on the cobble. So whenever your motivation is lacking, have a look at your Boonen Roubaix and ask yourself, "What would Tom do?" The frame is the lightest that we've ever made, and it's been constructed from our top-end FACT 11r carbon fiber. Its stiffness levels are also off the charts, and compared to the SL4 iteration of yesteryear, you'll experience a whole new, faster, and more efficient geometry. Through some engineering sorcery, however, we've managed to keep the same fit, feel, and position that we've all come to love from the SL4. Of course, you're probably thinking, "get on to the suspension thing up front." We call it Future Shock, and essentially, it's a piston in the head tube with 20mm of travel. We developed this technology in partnership with McLaren Applied Technologies, and the result of this are a host of drastic performance improvements, namely in the vertical compliance department. Without giving a physics lecture, we found that focusing on vertical compliance, instead of fork splay, meant that we could improve smoothness, speed, and comfort in one fell swoop. And of all the bikes that we've tested with our Rolling Efficiency Model, the new Roubaix outperforms anything on the market. 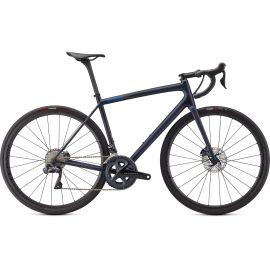 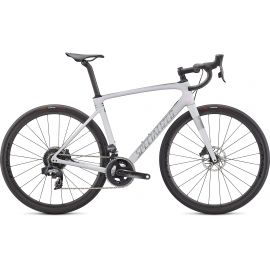 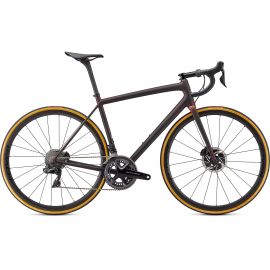 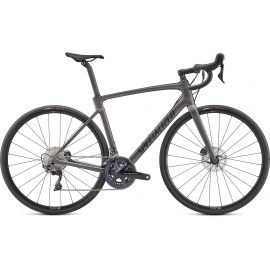 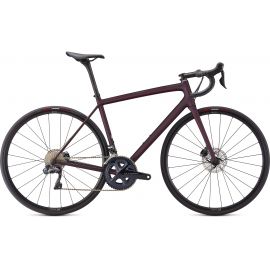 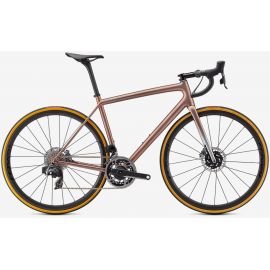 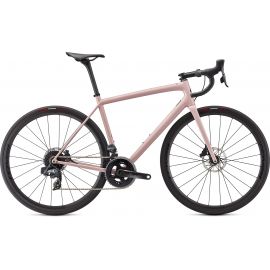 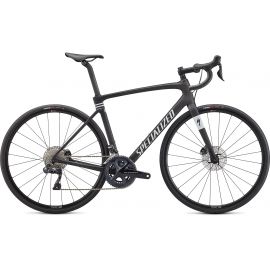 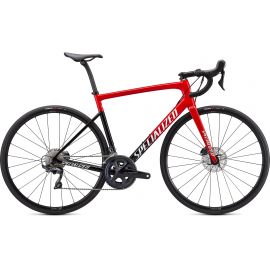 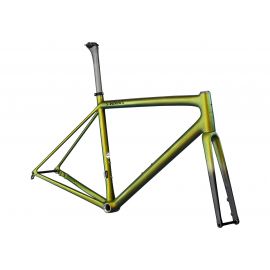 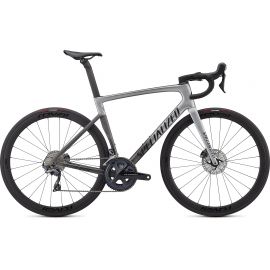 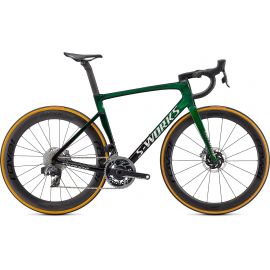 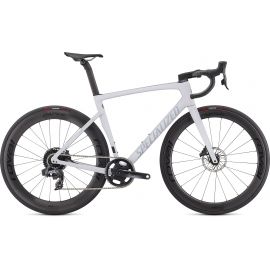 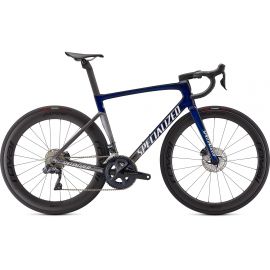 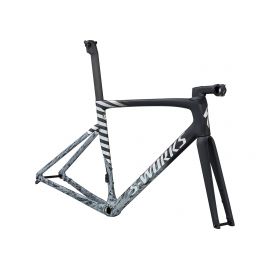 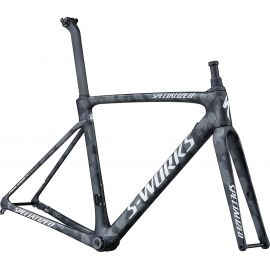 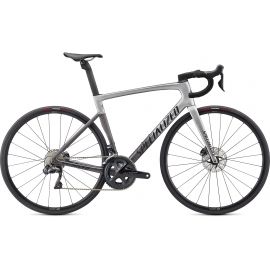 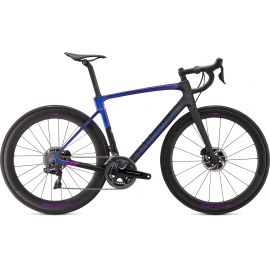 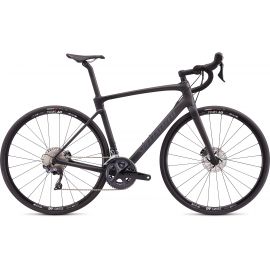