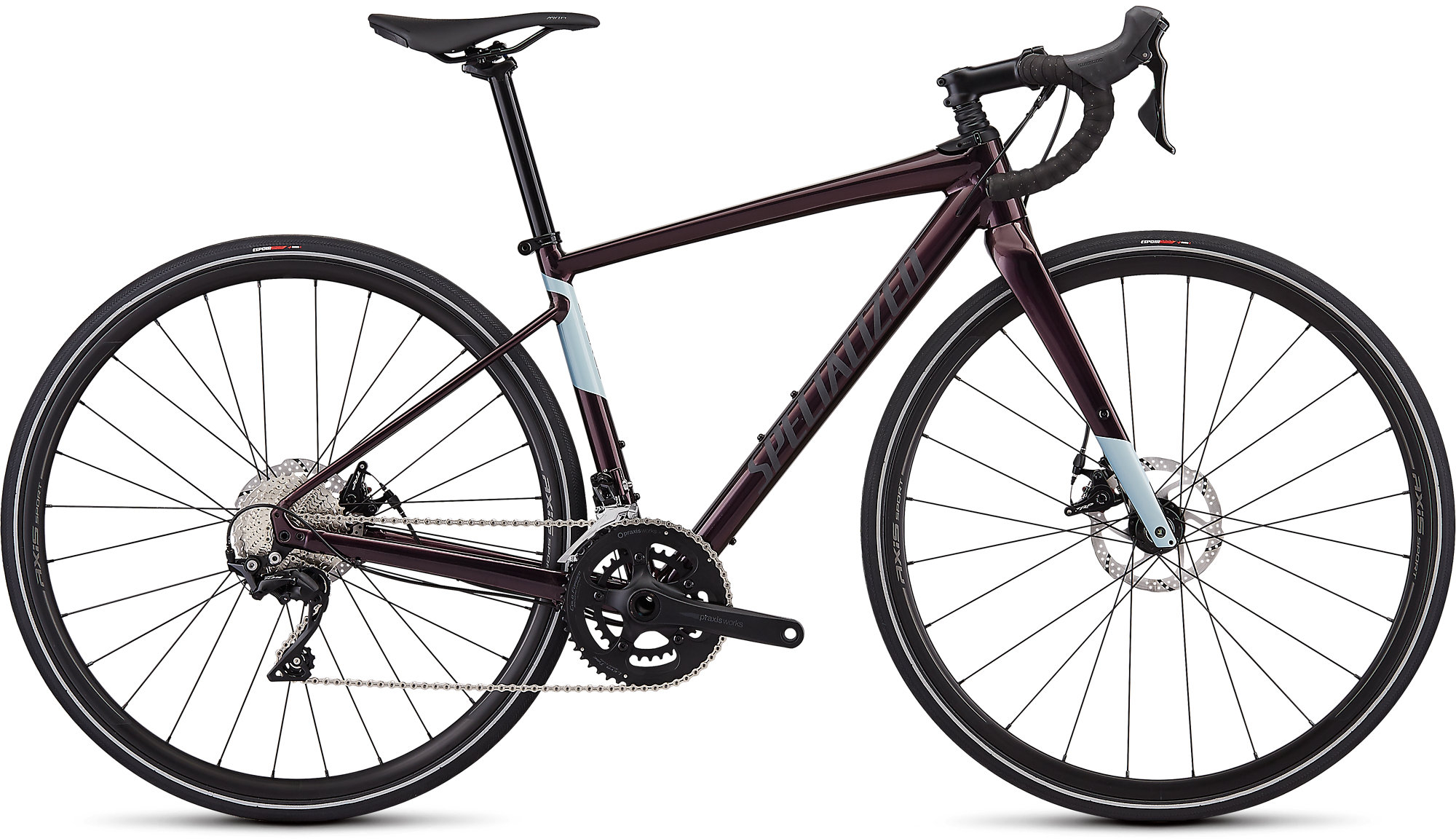 Please note we are experiencing a high volume of orders, and therefore deliveries are taking 10+ days. 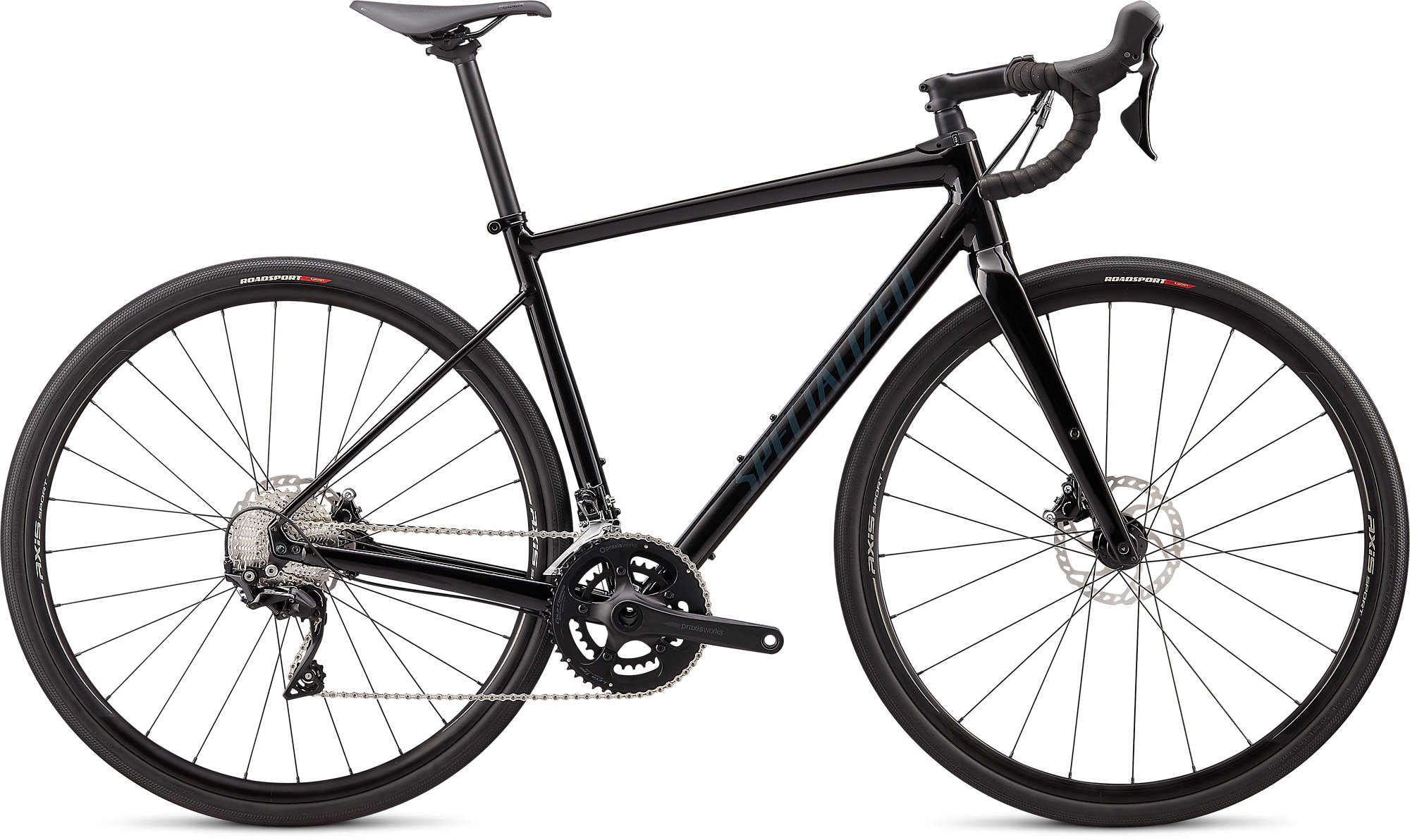 The newer Diverge Comp E5 can be found here.

Narrowing down a bike that can do it all used to be tough going. Sure, some work well as a road bike and a 'cross bike, while others are good at commuting and some short road riding, but until the Diverge, nothing out there was astute at every kind of riding subject. The Women's Diverge E5 Comp, however, is made for exploring new roads, commuting to class, and everything in between. It redefines what a road bike can do, so ride wherever you want—this bike doesn't take "no" for an answer.

The Diverge is more capable than ever. And with the constant goal to best meet your needs, we took your number one request into account—tyre clearance. The new frame will comfortably fit up to 700x38mm tyres with plenty of room for mud, too. Along with tyre clearance, weight was a large factor in the development, and taking some design cues from the development of the Roubaix, we developed an E5 Premium aluminium frame that’s plenty light, certainly stiff for hard efforts, and undeniable tough.

Next up, we moved away from a traditional ‘cross geometry, instead opting for something that hasn’t been seen before—our Open Road Geometry. You can think of it as a road version of modern trail bike geometry. It provides playful handling and predictable steering for endless dirt skids and mid-corner drifts. The geo features a bottom bracket that's over a half-centimetre lower than the previous Diverge, a slacked-out head tube angle, short chainstays, and a short wheelbase. These changes make for a bike that's not only fun in the dirt, but also performs well on the road.

And while riding gravel and dirt roads on a road bike may add to the adventure, there’s only so much that wider tyres with lower pressures can absorb, in terms of bumps. With this in mind, we implemented a new version of our Future Shock into the Diverge design. It not only soaks up bumps with ease, but also adds the benefit of extremely predictable handling. That's because the wheelbase isn’t lengthening when you hit a bump, so the front end of the Diverge keeps the same effective head tube angle. In other words, when you dive hard into a turn, you won’t be surprised by under-steer or sloppy handling. Unlike the original Future Shock (found on the Roubaix), the Diverge's version features a progressive spring that makes this technology more suitable for off-road applications, where stiffer suspension is often needed to soak-up larger bumps and obstacles.

Adding to its multifaceted talents, we topped it off with three water bottle mounts, plus mounts for racks and fenders. For the spec, we wanted to make sure that it shifted crisply and braked smoothly mile after mile, so you'll find a crisp and reliable Shimano 105 groupset, hassle-free mechanical disc brakes, and an Axis Sport Disc wheelset. Every touchpoint of the bike is also tailored specifically for women, from the handlebar width to the crankarm length to the renowned Myth Sport saddle. 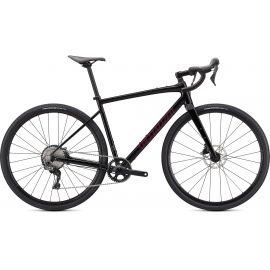 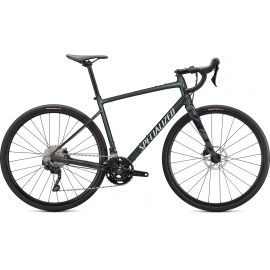 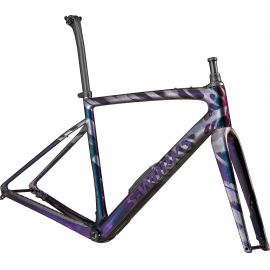 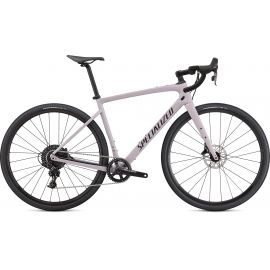 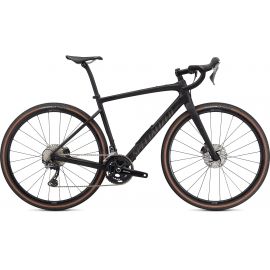 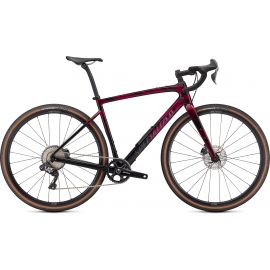 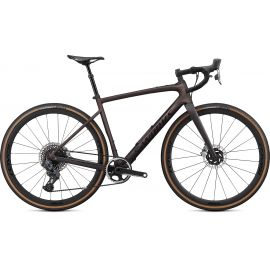 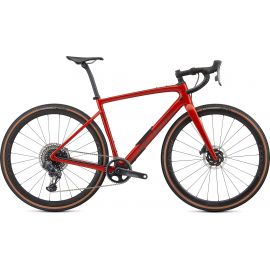 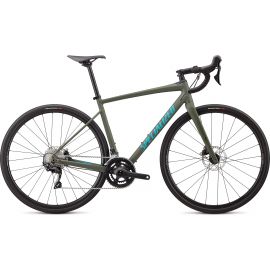 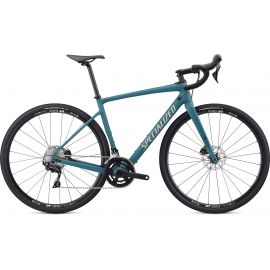 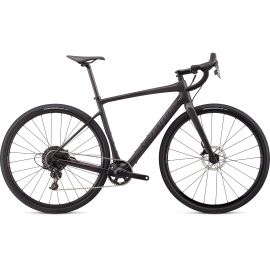 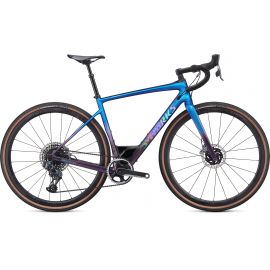 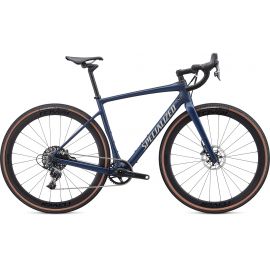