Stores Re-Opening Update - Please Read
Sorry! This product is no longer available in a XL, but alternatives may be available. Please select an available size below to purchase... 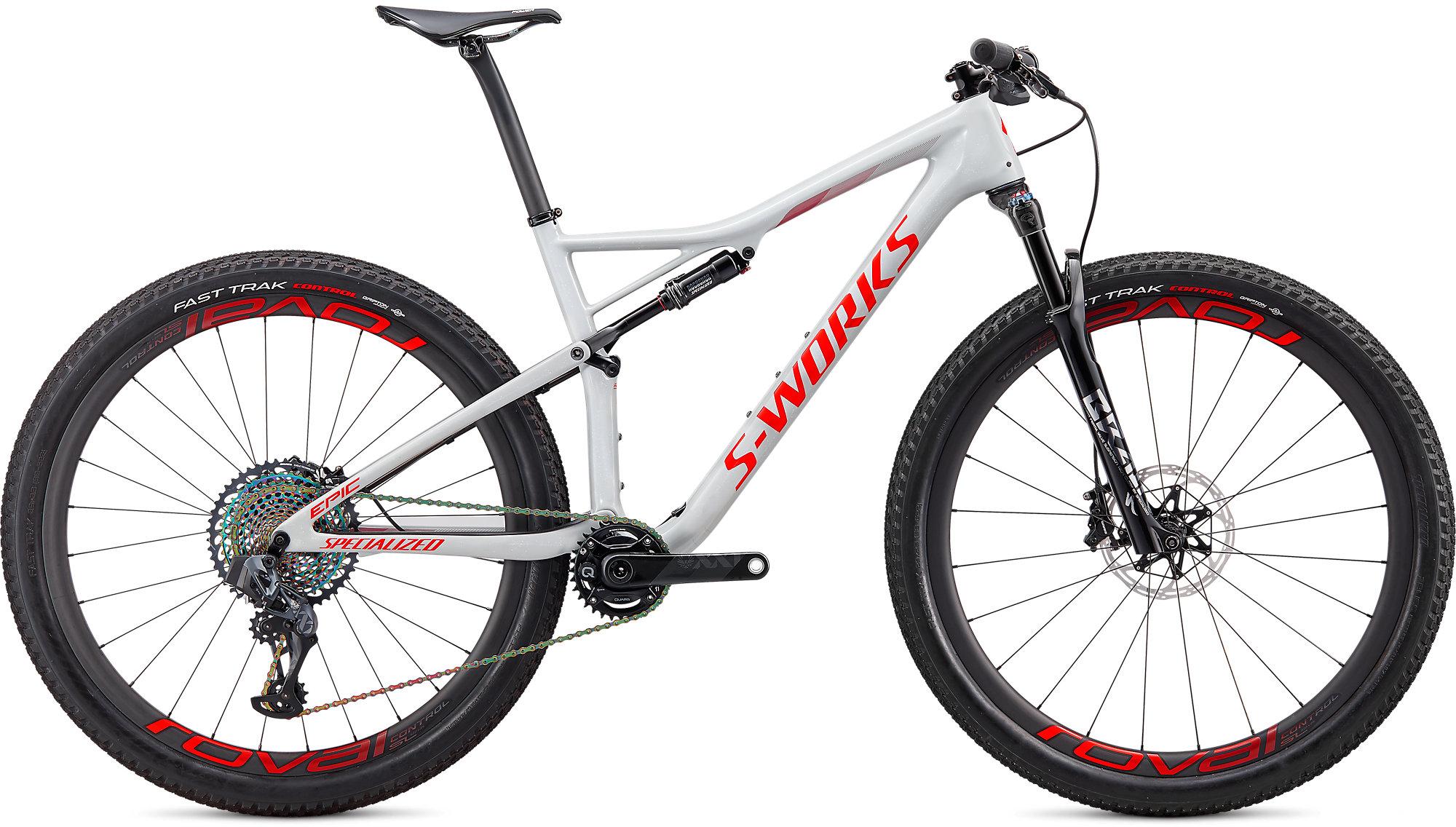 If you follow Cross Country racing you’ll no doubt have noticed the Epic taking the top spot more times across the board than anyone can count,, including, World Championship titles, Olympic medals, and Cape Epic. It’s clearly the fastest XC bike available and yet we’ve managed to make it even better with SRAMs XX1 Eagle AXS. Cutting edge wireless electronic shifting that’s every bit as fast and precise as the epic itself.

XC tracks getting are rougher and more technical, so naturally you're going to need something special. Something that is race proven time and time again, that's where the S-Works Epic FSR comes in. Created with cross country racers and weekend riders in mind, the Epic has been deconstructed and had every angle, length and size re-thought. Top tube length was increased for stability at speed, the head angle was relaxed for more poise over rough terrain, chain-stay length, bottom bracket height, suspension offset and stack height have all been adjusted to ensure the Epic doesn't get unsettled by the most demanding trails or world-cup tracks.

We didn't stop there, with technology ever advancing we had to look at dropper posts as well. The seat tube has been changed to accept a 30.9 post meaning you have the option of using the range of Specialized Command dropper posts. Descending just got a whole lot easier.

The S-Work Epics front suspension is covered by fitting a custom offset RockShox SID fork. Offsetting the fork by 42mm means that in tight switchbacks and technical turns the Epic still behaves even with the slacker head angle. The forks have 100mm of travel, a carbon crown and steerer to keep the weight down and has the addition of the WC Brain with a Brain fade adjuster. Keeping it under control at the rear is a Custom RockShox Micro Brain shock w/ Spike Valve and auto sag. The Brain 2.0 reacts seamlessly to whatever terrain you ride over leaving you to knuckle down and get to the top of the podium.

Frame design and material is obviously a major part of building an XC whippet, which is why we incorporated our rider first engineered design. This places additional, specially designed carbon pieces in all the right places on the frame. The outcome being flex is seriously reduced giving you a frame that is coherent regardless of the power you put through it, or the size of frame you buy.

With all this technology and awesome features weight could be an issue, but trust us when we say almost 350 grams have been shaved off from the previous Epic, that's like saying we've removed a shock linkage and a side of the swing arm!!

To top it off we haven't penny pinched over the components, SRAM's new wireless XX!- Eagle AXS drivetrain has been fitted along with their awesome Level Ultimate hydraulic disc brakes. The S-Works Epic also has the addition of Roval's Featherweight, hand-built Control SL wheelset with our fantastic Fast Track Gripton tyres. 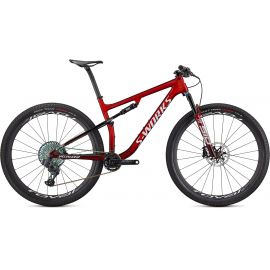 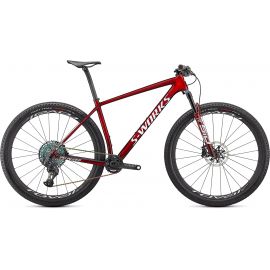