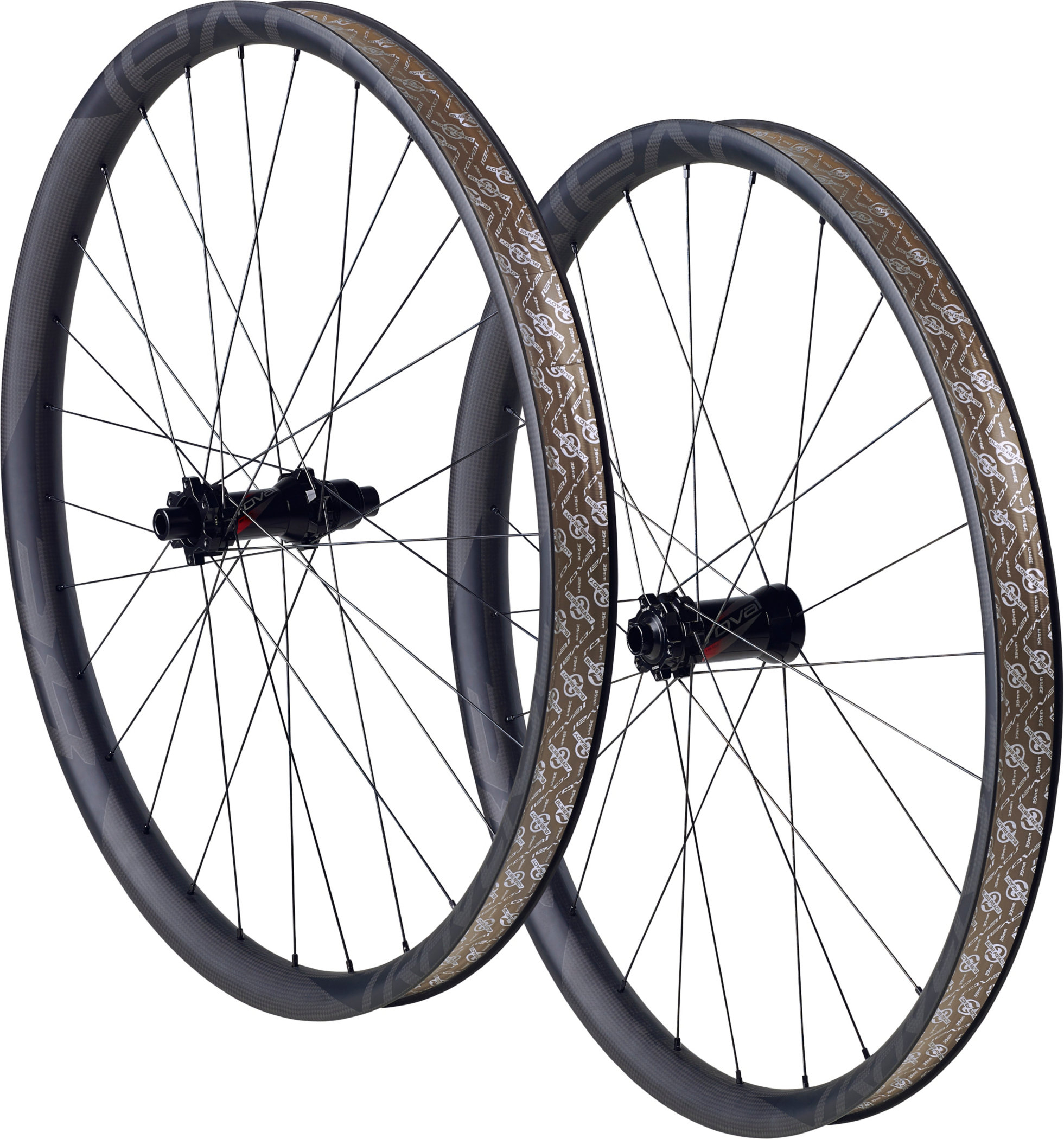 Please note we are experiencing a high volume of orders, and therefore deliveries are taking 10+ days.
Carbon/Black Decal
Sizes:
650B
Size Guide

All-mountain wheels often fall into two categories—they’re either heavy and durable or light and flexy. And because of this, a lightweight, wide-profile, and enduro-ready carbon wheel seems like something only found in a fairytale, but lucky for you, we made it a reality. The Traverse SL Fattie 650b with a 148 rear brings all the features you need in an all-mountain wheel into one package, and it has the results to prove it.

During our prototype phase, the rims spent two seasons of abuse on the Enduro World Series circuit under Curtis Keene, and have since been proven by Jared Graves and host of other riders around the world. But don’t be quick to label the Traverse SL Fattie as merely some indestructible, heavy carbon wheels—there’s far much more to the story.

Beginning with its big-boned name, the Traverse SL Fatties may be wide, but with a 30mm inner rim width, they’re far from the girth of a fat bike rim. But why so wide? Well, you've probably noticed that mountain bike rim widths have hovered between 19 and 23 millimetres for decades, and they've been long overdue for a change. In the search for a better wheel design, our engineers began testing 2.3- to 2.5-inch tyres on 45-millimeter-wide fat bike rims to see what, if any, benefits could be found. It only took them a few rides to realize that the wider rims offered a variety of advantages, like adding additional tyre volume, which better supports the tyres in hard cornering, greatly improves traction because of the ability to run lower pressures, and noticeably increases rim stiffness. They did note that there is an occurrence of diminishing returns with increasing width, however, and after testing everything from 25mm to 45mm, determined that a 30mm inner width gave us the optimal width. And when you combine this width with a 650b wheel size, you’re left with an incredibly stiff, quick to accelerate wheelset that exemplifies the playful characteristics that 650b bikes are known for.

After determining the width, we began designing the rim using knowledge that we gained when developing the Control SL. With this, we started with our Zero Bead Hook technology that gets rid of the weak spot found in a traditional wheel, and combined it with the wider profile, making for a carbon rim that effectively dissipates forces. This way, you can take abuse from rocks without the worry of cracks or dents.

Ok, so they’re strong, impact-resistant, and tyre supporting—they must be heavy, right? Wrong. Even though “fattie” is in their name, they're far from fat. During the development of the Control SL, we learned the importance of using high modulus carbon fibre to reduce weight, and we embedded this technology into the Traverse SL Fattie rim, resulting in an all-mountain wheel that, at 1600 grams, is as light as many wheels in the XC category. To achieve this weight, we hand-build our rims to our own alloy hubs, using only the highest quality DT Swiss Revolution spokes. Inside our hubs, you'll find sealed cartridge bearings with a quick engaging 54-tooth DT Swiss star ratchet system in the rear that allows you to power over rocks and roots without delay. And while machines do a pretty good job of building wheels, we choose professionally trained humans because they do so with an artistic touch that makes for minimal flaws.

You likely noticed the low, 24-front / 28-rear spoke count, but during testing, we discovered that this not only reduced weight, but when built up with 32 spokes, the wheels were actually too stiff. Finally, with the 110/148 variant, you receive all of the benefits that Boost spacing offers—By increasing the width of the front and rear hub flanges, and, in turn, increasing frame and fork clearance and stiffness, you obtain a stiffer, stronger, and more durable system at a minor weight penalty. 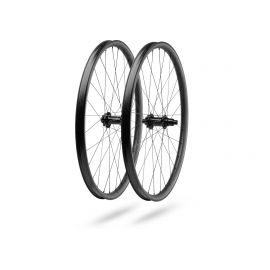 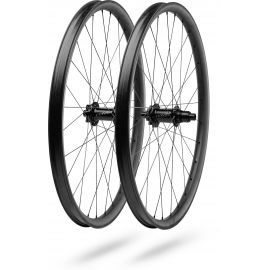 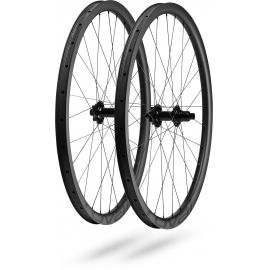 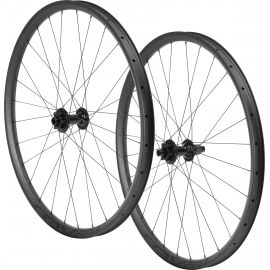 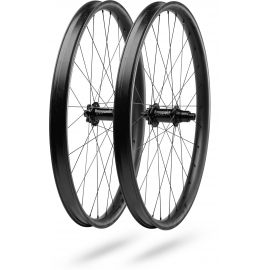 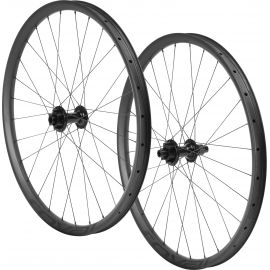 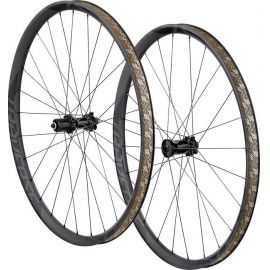 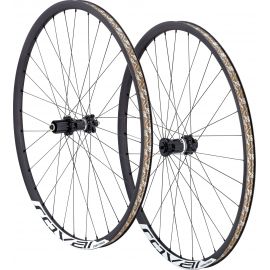 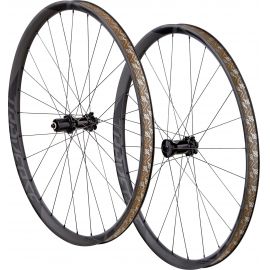