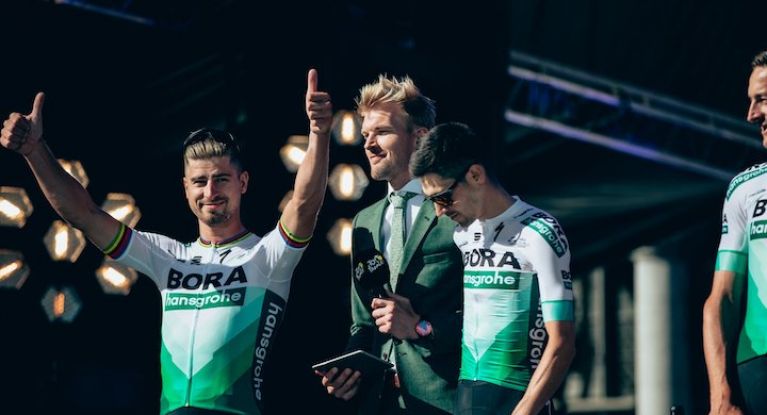 Specialized at the 2019 Tour de France

The annual cycling jamboree that is the Tour de France gets underway this weekend, kicking off in grand style in Brussels on Saturday 6 July in honour of the great Eddy Merckx. Those lucky pros have nearly 3,500km of riding ahead of them, all racing for the honour of stage wins, coveted classification jerseys and with the goal of reaching the finish line in Paris three weeks later on 28 July. Along the way we’re sure to see high drama, some tears shed and history made. As always Specialized will be right there in the thick of it – riders from Bora-Hansgrohe and the self-styled Wolfpack, Deceuninck-QuickStep, packing their bags and bikes for the big one.

Taking form into the race

Every rider turns up for the tour in tip-top shape, their whole season thus far preparing them to arrive at the start line in prime condition. Coming late in June, the national championships around the world provide a final chance for a hit-out before the gun goes in Brussels, and Specialized riders are looking in seriously good form. Bora-Hansgrohe riders just pipped Deceuninck to the headlines, taking a staggering six national titles last week. Deceuninck took just five…

On the Bora-Hansgrohe roster is Patrick Konrad, new Austrian road race champ, fresh from an impressive showing at the Tour of Switzerland. Maximilian Schachmann starts in Belgium too, recently winning in Germany as Bora took the top three places in the road race. Of the Deceuninck riders who will be lining up for the Grande Boucle, Danes Michael Mørkøv and young gun Kasper Asgreen claimed the road race and TT titles respectively. One rider not taking a lap of France is Bob Jungels, but we’re still proud to tip our hat to his road and TT double in Luxembourg. Chapeau, sir!

Our riders have some serious speed weaponry packed for their French summer. A thoroughbred racer, the Tarmac is one hell of a bike, boasting supreme performance and comfort over long distance, as fast up long Alpine climbs as it is boosting it along the valley floor. 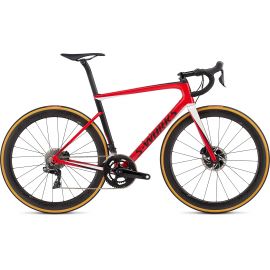 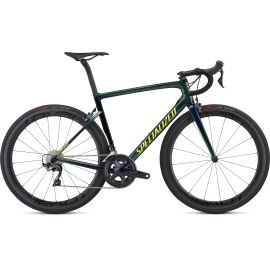 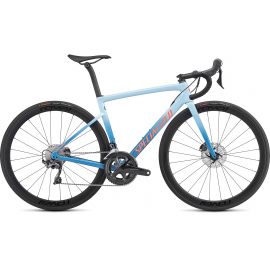 Peter Sagan is going for green once more in France – the points jersey classification that he has won a remarkable six times before. Aboard his Tarmac it’s highly likely he’ll do it too – a fast, compliant and reliable machine to get him over the mountains and up the road, allowing him to gobble up points like a Slovakian Pacman. For the furious sprint stages, Sagan and his fellow speed-merchant Elia Viviani will roll on the S-Works Venge, one of the fastest aero bikes on this or any other planet. 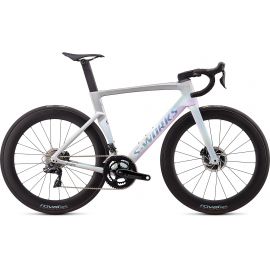 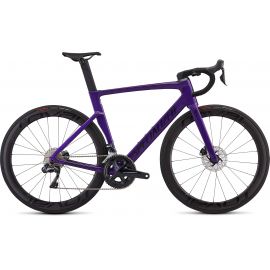 Tour de France titles can be won by seconds, and the performance in any time trial stage is often crucial in deciding who takes the coveted yellow jersey into Paris. This year there are only two TT stages, with the team time trial on stage 2 likely to see an early shake-up of the general classification. The individual TT on stage 13 could be decisive – it might seem a simple 27km lap around a pretty city in the Pyrenees, but GC hopefuls will need to be on top form to protect crucial seconds.

Keep your eyes peeled for Kasper Asgreen on his new Shiv TT bike. The recently crowned Danish TT champ will be targeting this stage, and on board this rocket ship he’s got a good chance of taking his maiden Grand Tour victory wearing national colours.

The new Shiv is designed for modern TT courses, the twisty, hilly and more entertaining ones we see today. Gone are the days of Grand Tour TTs held on the city bypass. The Shiv has been tweaked to handle more like a road bike while retaining the astonishing speed of the previous model. It’s 500g lighter too, climbing as well as a road bike, and the disc brakes provide control and agility even in the summer downpours that usually strike at least once in the Tour.

Deceuninck-QuickStep will be taking two exciting debutants to the Tour this year. The aforementioned Kasper Asgreen is one, and the other is Spain’s successor to Alberto Contador, Enric Mas. Deceuninck have made no secret of their plans for the Tour this year, targeting stage wins for Italian fast man Elia Viviani and French superstar Julian Alaphilippe, so Mas will need to box clever to stay high up in the GC standings. He’s done it before though, riding to a superb second place at the 2018 Vuelta a España, and we’re excited to see how he fares when things really kick off.

It’s not just with bikes that we support our guys on their French holidays. We’re with them every step of the way, and should any of them take a tumble we couldn’t think of better protection than our range of helmets. From the wind-cheating design of the S-Works TT helmet and Evade to the ultra-lightweight Prevail, a Specialized lid keeps us back at home from worrying they’ll come off second best in a put-down. Featuring cutting edge tech, like the ANGi crash sensor and MIPS protection, our helmets not only look the business but they get it done too. 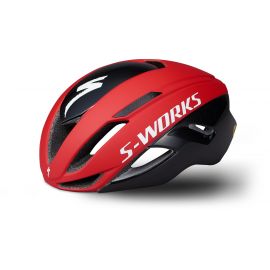 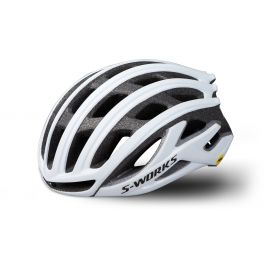 We’ll have our eyes glued to the coverage for the next three weeks. If you want to come and talk bikes, grab a coffee and join in the fun, pop in and see us anytime.