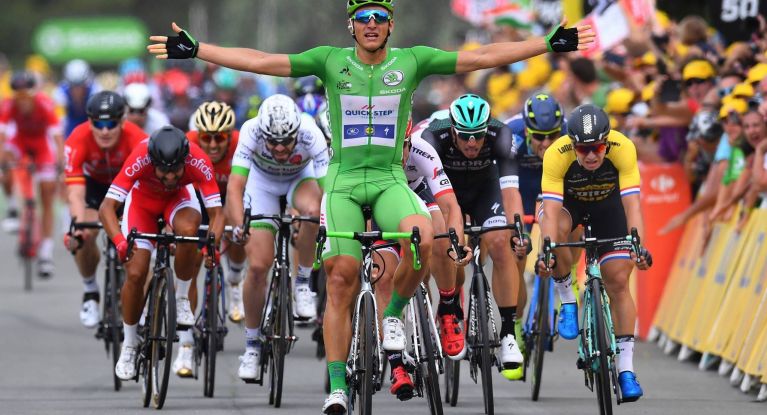 Specialized bikes of all varieties have been put to the test on varying terrain, from the technically challenging MTB trails of Andorra and Switzerland, to the insane climbs of Italy and the extraordinarily fast sprints in France. Letâ€™s catch up with some of the riders and what theyâ€™ve been up to lately

Catch up with the Specialized Pro Riders

It has been a busy few weeks for professional cycling on and off-road. Specialized bikes of all varieties have been put to the test on varying terrain, from the technically challenging MTB trails of Andorra and Switzerland, to the insane climbs of Italy and the extraordinarily fast sprints in France. Let’s catch up with some of the riders and what they’ve been up to lately:

We’re not going to get into the polemics over Sagan’s untimely departure from the Tour de France after stage 4. The short story is that the charismatic road world champion is spending his July at home in Monaco with his pregnant wife rather than winning his way around France in a green jersey. The disqualification brought Sagan crashing back to earth after a sensational win the day before into Longwy, when he overhauled a flying Michael Matthews, despite pulling his foot out of his pedal mid-sprint. He seemed well on track to seal a sixth consecutive green jersey. Alas, it was not to be. He took a gracious, though unhappy, departure and reportedly now begins his preparation to win an unprecedented third world title in September.

Having held the pink jersey since stage 2, Anna van der Breggen sealed overall victory at the Giro Rosa on Sunday 10 July. It was just reward for a team which was dominant from the stage 1 team time trial. Carol-Ann Canuel wore the pink jersey after Boels-Dolmans’ time trial win, before handing it over to her teammate the following day after van der Breggen rode into a breakaway of three who would ultimately fight over podium steps. Throughout the course of the race, Anna van der Breggen was able to maintain and even extend her lead. To cap off a successful Italian campaign, her teammate, Megan Guarnier, put the cherry on the top of a great week with a stage 10 victory.

There are several candidates for rider of the Tour already; feisty general classification contenders, a couple of breakaway animators, and one big German powerhouse riding a custom S-Works Venge Vias. Marcel Kittel of Quick-Step Floors has had an almost perfect Tour so far. There was one blip in the first week when he was caught behind a crash, but 5 stage wins out of 11 is a statistic that qualifies him for membership to an elite group. This Tour de France has offered ample opportunities for pure sprinters to sweep up green jersey points and Marcel Kittel has proven to be the strongest time and again. Let’s hope he’ll still be wearing green in Paris.

Czech cross-country mountain biker, Jaroslav Kulhavy, had a great weekend in Switzerland at the challenging, rain affected, 4th round of the MTB World Cup. Ultimately, the race was not quite long enough for Kulhavy to overhaul Nino Schurter, despite a spectacularly entertaining surge from way behind the leader. He came in second, three seconds down, wishing there was just one more lap.

The U23 CX rider from America has had a fantastic 2017, never finishing lower than 2nd in U23 or Elite races. Having won the Sea Otter Classic (Elite) in April and taken the first U23 World Cup event in May, there was not much more that Courtney had to prove. Two runner-up finishes in the subsequent WC events demonstrated consistent form. Then at Lenzerheide, with her brand new S-Works Epic, Courtney soloed to a convincing victory. This young American has a huge amount of strength and passion to offer the MTB world and her meteoric rise is a pleasure to witness.

Sitting in mid-July, we’re not far over half-way through the season, so there is going to be a lot more to wrap our heads around before the year is out. For pro riders on Specialized equipment, it has been a great season so far, and here’s hoping the trend continues!