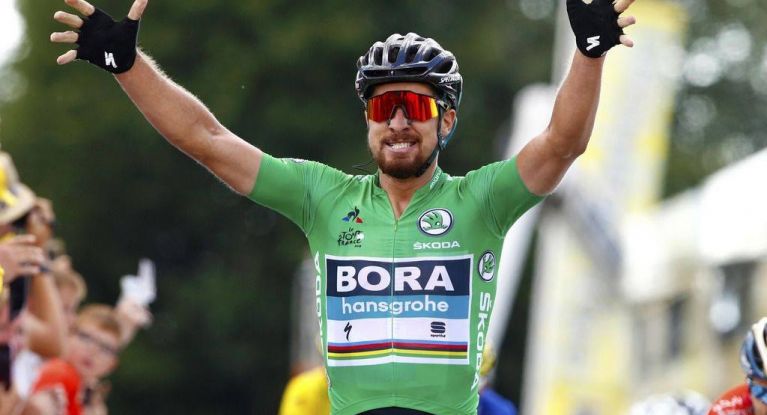 With the Tour de France now well underway, weâ€™ve become familiar with seeing the peloton showing off a new collection of drop-dead gorgeous road bikes, all looking to make a statement on the worldâ€™s biggest stage.

With the Tour de France now well underway, we’ve become familiar with seeing the peloton showing off a new collection of drop-dead gorgeous road bikes, all looking to make a statement on the world’s biggest stage. No bike has done this better than the new Venge, all thanks to Peter Sagan, our world champion and already two-time stage winner at the 2018 race.

A new shape of speed

The all-new Venge started its life on the pro scene as a mere whisper through the Dauphiné peloton. Talk spread like wildfire of a bike that was lighter than a Tarmac SL5 Disc, more aerodynamic than last year’s Venge ViAS – and a true world-beater.

A post shared by Specialized Bicycle Components (@iamspecialized) on Jul 2, 2018 at 9:02pm PDT

Utilising unique Rider-First EngineeredTM technology, an integrated cockpit and a whole new, aerodynamic shape, the Venge is as adept at cutting through the crosswinds as it as at gliding up the steep climbs. Not only is the new Venge the fastest aero bike Specialized has ever produced, it is the fastest bike all round – period.

Not only have the aerodynamics and geometry of the bike received a speed-boosting makeover, the Venge has also been equipped with some handy new features to turn the aero monster into a more smooth-riding and compliant machine. A new seat post and seat tube boast faster shapes, as well as improved comfort, and a modular cockpit that can be easily taken apart and re-assembled make this bike one easy traveller. The whole range is made up of a series of uniquely drop-dead gorgeous bikes, all ready to conquer some of the biggest races on earth.

A post shared by Specialized Bicycle Components (@iamspecialized) on Jul 5, 2018 at 10:05am PDT 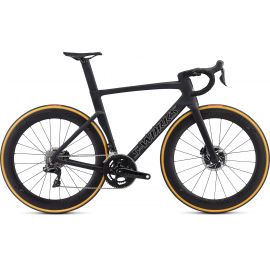 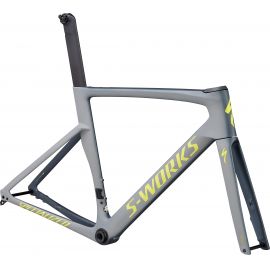 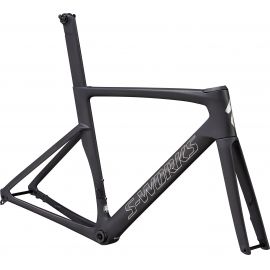 The three-time and current world champion isn’t going to settle for anything less than the best of speed and performance. No surprise then, that Sagan got his hands on the new 2019 Venge as soon as it left the doors of the Win Tunnel.

Already, he’s piloted it to two impressive Tour de France stage wins – one a hectic bunch dash into La Roche-sur-Yon and the other a sprightly gallop up the tough final climb into Quimper. If there was anything to better demonstrate the combination between lightweight, instantaneous climbing response, and unadulterated aero-buffeting speed, it would be these two very different stage wins.

Sagan’s Venge may bear the same name and spec as the others on his team, but it certainly doesn’t look the same. The world champion swaps the S-Works FACT 11r frame with his own custom Sagan Collection edition which boasts unique customisation worthy of his rainbow stripes: a glittering marine blue paint job adorns the frame, inspired by the northern Mediterranean seas beneath Sagan’s adopted hometown of Monaco, and where he grew up in Slovakia.

Upon closer inspection, the seat tube features a quote from the world champion himself: “If I don't have yellow, I have green. If I don't have green, I have rainbow". So far, he’s worn all three at this year’s Tour de France and looks set to keep the green for a while longer, potentially even holding it all the way until Paris for a record-equalling sixth title.

A post shared by Specialized Bicycle Components (@iamspecialized) on Jul 8, 2018 at 10:32am PDT

For a more in-depth look at the new Venge, click here, and make sure you keep a lookout for Sagan throughout the rest of the race. He won’t be easily missed – he’ll be the one winning stages on a beautiful new bike. Check out the full range of Specialized road bikes