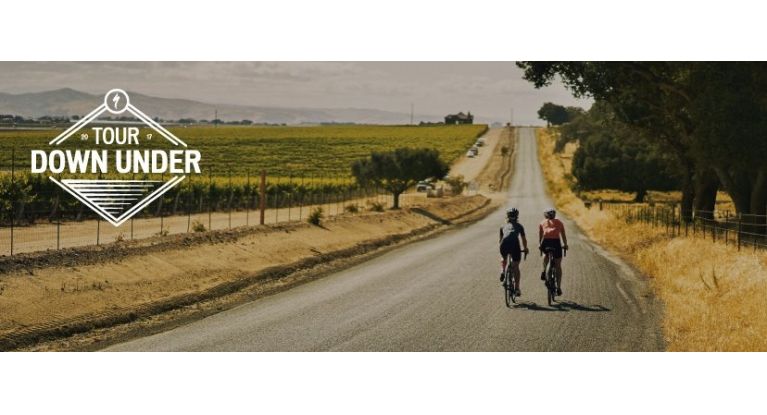 Itâ€™s time to box up the Christmas decorations, drag them back up to the loft, and bring down the inflatable kangaroos; the Australian cycling season is officially underway.

Tour Down Under 2018 race preview

It’s time to box up the Christmas decorations, drag them back up to the loft, and bring down the inflatable kangaroos; the Australian cycling season is officially underway. Many of us will already have welcomed our own bikes back into our lives, a little heavier after festive feasting and eager to try out those new Christmas base layers, but it’s the Tour Down Under that marks the return of pro cycling to our screens. The WorldTour wastes no time getting started and will burst back to life on the 16th January.

The Tour Down Under serves as an excellent curtain raiser and has been part of the UCI WorldTour since it assumed its current guise in 2011. The race attracts a number of top riders and it’s becoming more and more difficult to deny that the race marks the true start to the cycling season. This year marks the twentieth edition of the race and the success of the event has led to the creation of the brilliant Santos Women’s Tour.

Predictably, the race has a distinct non-European feel. The course rumbles around Adelaide and action takes place against a sun-baked backdrop. The Australian theme extends beyond the visuals and the host nation is currently enjoying a streak of twelve straight stage victories. Will we see this run come to an end in 2018?

After the People’s Choice Classic – 22 laps of a 2.3km city centre circuit in Adelaide – serves up a tasty appetiser on Saturday 14, Tuesday’s opening stage takes us back to Port Adelaide where the inaugural Tour Down Under started in 1999. Riders will reach Lyndoch after around 60km of racing before completing three laps of a not-quite-flat finishing circuit. Nevertheless, there’s nothing to trouble the sprinters and we should see a fast finisher snatch the first leader’s jersey of the season.

Stage 2 is a Tour Down Under staple as riders return to the Adelaide Hills for a punchy finish in Stirling. The stage is usually too hard for the pure sprinters and offers potential race winners a chance to steal some seconds before the weekend.

On the following day, riders will head to the beach in Glenelg. They’re unlikely to stop for an ice cream though, and strong coastal winds should keep the peloton busy at the start of the day. There are mountain points on offer at the top of Pennys Hill Road, so expect a feisty breakaway to light up the day before a flat finish into Victor Harbour serves up another opportunity for the sprinters.

With no visit to Paracombe this year, organizers have invited the town of Uraidla to step into the spotlight. Stage 4 should be a crucial stage and the Norton Summit climb will put plenty of riders into difficulty. Those who survive will battle for stage honours after a short downhill finish.

Willunga Hill looms in all its glory on Stage 5 and long-time Tour Down Under fans will recognise a familiar stage profile. A double ascent of Old Willunga ensures Stage 5 is the race’s showpiece. It’s a brilliant climb and its inclusion is the reason the Tour Down Under is so finely balanced between strong climbers and wily puncheurs. Three of the last four editions have been decided by less than ten seconds.

A 90km jaunt concludes the race in the form of twenty laps of King William Road. In many ways, the organizers have stuck to tradition with this year’s route. It’s a brilliant race with a unique feel and the perfect way for pro cycling to crash back into our lives.

One of the many Australians to take the start, Jay McCarthy, will be looking to capitalise on his southern hemisphere summer form at his home race. The 25-year old rider for Bora-Hansgrohe has performed well down under before, finishing 3rd overall in 2017, and will take the start on the 16th fresh from his silver medal in this month’s national championship road race. He has all the tools to make a serious impression on the race, just like the rest of the star-studded Bora-Hansgrohe line-up.

Joining McCarthy in the critically-acclaimed mint green livery are Paris-Nice stage winner Sam Bennett and World Champion Peter Sagan, along with new signings Peter Kennaugh and steadfast workhorse Daniel Oss. Both the team’s sprinters will be active in the bunch sprints and the World Champion may even have an eye on a high-placed overall finish. Their line-up is stacked with talent and you’re sure to see Bora’s popular new jersey fighting for control of the peloton.

Quick-Step Floors are also continuing to use Specialized bikes in 2018 and can boast one of the fastest riders heading to Australia in the form of new signing Elia Viviani. The team will have high hopes of leaving with a stage win and Viviani will relish the challenge presented by six-time Tour Down Under stage winner Caleb Ewan (Mitchelton-Scott), particularly now that the Italian is backed up by a proven and dedicated lead-out squad. His teammate, the climber Enric Mas, stands out in an otherwise sprint-heavy team. The young Spaniard was last seen dancing up the Angliru alongside none other than Alberto Contador so he’s certainly one to watch on the climbs.

The start list of the 20th edition is bursting with sprinters with André Greipel (Lotto-Soudal), and Nikias Arndt (Team Sunweb) joining Ewan, Viviani, Bennett and Sagan. Also, never rule out a moment of magic from Australian Nathan Haas (Katusha-Alpecin) who has shown strength in reduced bunch kicks in the past.

Richie Porte of BMC Racing Team has won four times on Willunga Hill but has only once converted his dominance on the climb into an overall race win. Nevertheless, he’s the reigning champion and will return to South Australia as a firm favourite. The Tasmanian hasn’t completed a race since crashing out of last year’s Tour de France but the noises coming from the BMC team camp suggest he is primed to defend his title.

He’ll be supported by three-time race winner Simon Gerrans, a new recruit for the American outfit who will be taking on the role of road captain as the team aims to deliver Porte to his second Ochre jersey in as many years. BMC has a strong hand to play with 2015 champion and multiple national time trial champion Rohan Dennis also heading to the start line.

There are plenty of riders ready to disrupt the Australian flavour of the race such as talented UAE duo Diego Ulissi and Rui Costa. As long as their legs are not too heavy after the off-season, the pair should mount a serious challenge on the lumpier stages.

Bahrain-Merida should also be involved when the race reaches Willunga as they bring Ion and Gorka Izagirre, plus new signing Domenico Pozzovivo. The teeny Italian has gone well on Willunga Hill before but will need to find his aggressive side if he wants to overcome Porte.

The new season affects everyone differently and the Tour Down Under always has the potential to surprise. It’s time to set the alarm clock – and have your excuses ready to explain why you’re so darned tired at work – and strap in for some serious racing.