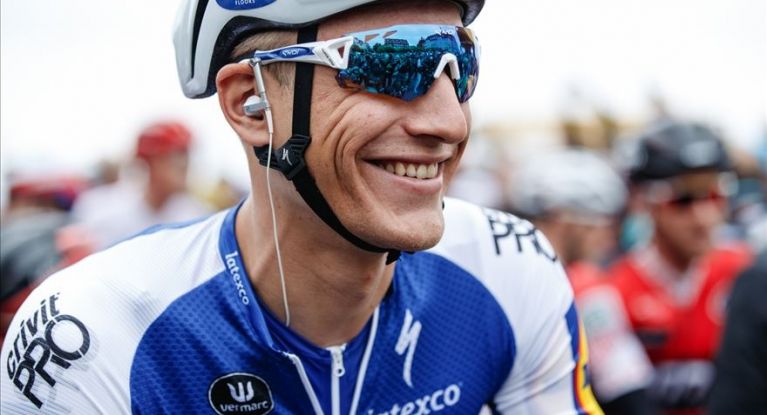 Disc brake road bikes are the future, Kittle has proven this with the first ever win on one in the Tour de France and has also got another four for good measure. Find out why.

The first Disc Brake Road bike win in the TDF!

Kittel's wins follow a spate of controversies and marks a key moment in the use of disc brakes in the professional peloton.

Tom Boonen (Quick-Step Floors) took the first professional victory on disc brakes at the Vuelta a San Juan this January, and then Kittel won on discs at the Dubai Tour the following month.

However, following another crash incident in the Dubai Tour involving Team Sky’s Owain Doull, Kittel stopped racing on disc brakes for the remainder of the stage race.

Disc brakes were used prominently throughout the spring classic but weren't involved in any big victories. In fact, the main favourites all chose to race on rim-brake bikes. Boonen used a pro-only rim-brake version of the Specialized Roubaix for Paris-Roubaix, his final race.

On stage 2, it was reported that Kittel suffered a puncture early on in the stage and whilst the wheel change from his team took slightly longer than normal, it clearly didn’t prevent the German sprinter from taking the victory.

Following the stage, Kittel was informed he had made history by winning with disc brakes in the Tour de France.

"I actually wasn’t aware that if I won I would get this title, but I said before that I think that it is a good step forward in technology development that we still have ahead of us," he said. "There is a lot of discussion around disc brakes, but in the end, I was riding today on an improved version from Shimano. They’re definitely better than the old ones (Kittel used non-series Shimano disc brakes earlier in the season). There’s more adjustment possible and that’s a big step forward and from now on I think, especially with the rain today, it will help riders to brake better. The control is good."

Kittel also said that rider safety is a good thing.

"I hope that we find with the industry and the UCI, and especially with the riders together that we can get rid of the last negative thoughts about disc brakes, especially when it comes to safety,"

"I think there is still support for it and I hope that they approve the request to protect the riders from a potential injury that you could have from a disc in a crash and the whole issue of changing the bike or wheel can be solved. I’m sure that if we can talk in the right way then we can find a solution to it."

Another issue that needs to be solved is rotor standards, as 140mm and 160mm options are currently used.The UCI has settled on 160mm as its standard and told Mavic neutral support to supply 160mm rotors at the Tour. But Kittel and Matthews were both on 140mm Shimano rotors. Rollenstein, on a SRAM bike, raced with 160mm.